Why you should be extra vigilant of your heart health when dieting... 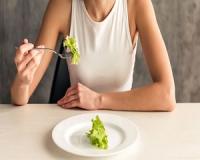 Looking to lose some weight?

That's great news all round! But for the first 8 weeks, you should be extra vigilant of your heart health.

A recent study found that losing fat around the waist, hips and other parts of the body could put your heart at risk.

The study was led by Dr Jennifer Rayner, a clinical research fellow at the University of Oxford in England. To reach their findings, Dr Rayner and her team asked 21 obese people to consume meal replacements, such as special soups or shakes, designed to provide 800 or fewer calories daily for eight weeks. The participants also had MRIs at the start of the study and again after one week and after eight weeks of being on the diet.

The team found that after one week, the participants’ total body fat, abdominal fat and liver fat dropped by an average of 6%, 11% and 42% respectively. Their total cholesterol and triglycerides also reduced, and their blood pressure, blood sugar levels and insulin resistance improved.

Despite these improvements in their health, participants’ heart health didn’t improve – it actually got worse.

Find out why below...

Poor blood circulation weighs you down like a ton of bricks...

When your blood pumps through your body properly, as it was designed to, you feel young, alive and healthy, no matter how busy you are… Each night, you go to bed and your cells rejuvenate, and you’re up like a kid on his birthday the next morning… Every morning!

…Just like the Sherpas do. They thrive on Mount Everest, despite the lack of oxygen and the harsh conditions of the high altitude in which even plant-life ceases to exist!

But if you’re reading this right now, chances are, your blood circulation is weighing you down and keeping you from the things and people you love.

The thick and sludgy blood crawling through your veins resembles an engine that hasn’t had an oil change in years… It causes your reactions to slow down, your movements become laboured, and you start sputtering and choking every time you have to get over another one of life’s hills.

That’s because, in its sludgy state, your blood traps toxins that build up and reduce the amount of life-giving oxygen and nutrients it carries to your body’s cells...

And eventually, your cells begin to wilt and gasp for oxygen as they struggle for survival…
There isn’t a part of your body that doesn’t take strain:

In just 20 seconds per day, you could… Turn your body into a super powerhouse!

Dieting not good for the heart?

The research team found that after just one week on the diet, participants’ heart fat shot up 44%. They also noted a decrease in their heart function. Dr Rayner suggested a theory behind this: The sudden drop in calories causes fat to be released from different parts of the body into the blood, which is then taken up by the heart muscle.

But if you thought this study gives you a reason to stop dieting - or not to start at all - you'd be mistaken...

Thankfully, these negative changes didn’t last. By the eighth week, heart fat and heart function were actually better than normal, while all of the other metabolic measures also continued to improve.

So while dieting, especially during the phase in which a lot of body fat is lost, be vigilant for signs of heart failure - and be kind to your heart while it has to work so hard. Be sure to rest well, drink lots of water and keep stress to a minimum.

Look out for these signs, and seek medical help straight away if you experience them - don't try to be a hero:

Tags: why you should be extra vigilant of your heart health when dieting...

Why you should be extra vigilant of your heart health when dieting...
Rating:
Note: 5 of 1 vote