This warm beverage speeds up fat burn and satisfies your sweet tooth! 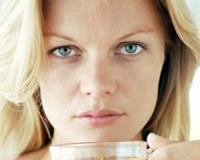 Imagine a delicious tea that boosts fat burn and curbs sweet cravings. Sounds too good to be true, doesn't it? Well, it's not! Say hello to what I like to call “fire tea”.

Fire tea is a seriously simple warm beverage that only calls for three basic ingredients that you probably already have in your kitchen: Cinnamon sticks, fresh ginger and raw honey.

Even Nagina Abdullah, a weight loss coach and wellness expert based in New York City, swears by fire tea. “It's such an indulgence, but it still keeps your weight off,” she says.

Read on to learn what gives fire tea its fast-blasting superpowers and for the quick-and-easy recipe!

According to studies, both cinnamon and ginger are fantastic for your waistline.
Cinnamon boosts satiety and mimics sweetness, so it can help you cut back on sweet cravings and reduce your sugar intake. What’s more, it’s proven to promote healthy blood sugar levels, improve cognitive function and protect your heart.
Ginger, on the other hand, helps with weight management by aiding in digestion. One study published in 2012 revealed that participants who drank a hot ginger beverage after every meal, felt fuller and more satisfied.

The benefits of fire tea go beyond weight loss. Because the tea packs some super-soothing benefits, it’s great for your digestive health as well and can help relieve stomach cramps and calm an upset stomach.
Honey in particular can even soothe a sore throat and a stubborn cough.

How to brew your own fat-burning tea using cinnamon sticks, fresh ginger and raw honey

Now for the recipe you’ve been waiting for!
Serves: 6
You’ll need:
What to do:
There you have it – could it be any simpler to brew up this tea? I think not. I hope you enjoy it!
Tags: weight loss, weight loss tips, weight loss tea, fat, fat burn, tips to speed up fat-burn, fat-burning spices, cinnamon, ginger, honey, detox, digestive health

This warm beverage speeds up fat burn and satisfies your sweet tooth!
Rating:
Note: 5 of 1 vote