The best way to lose weight after a weight loss plateau 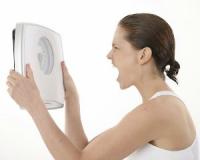 Of course, it's difficult to fathom that for weeks the kilos have been falling off and now, suddenly, your scale won't budge another ounce. But there are ways to move beyond a weight loss plateau.

According to a new study led by researchers at the National Institutes of Health’s (NIH) National Institute of Diabetes and Digestive and Kidney Diseases (NIDDK), as you lose weight, your appetite increases proportionally, resulting in the consumption of more calories and a weight loss plateau. This study is the first to look at how big of an impact your appetite can counter weight loss.

To reach their findings, researchers looked at a total of 343 participants who they put on different weight loss programmes. One hundred and fifty-three participants received canagliflozin, a drug that creates an increase in the amount of glucose you excrete when you urinate. The remaining participants took a placebo. Some of the participants had type 2 diabetes but could eat and drink without any restrictions.

At the end of the one year-long trial, the researchers noted that calorie loss among participants was subtle and that participants were unaware of the gradual reduction in their weight. Weight loss average approximately 3.6 kg.

Of the participants in the placebo group, researchers didn’t see any long-term calorie intake changes. For those taking canagliflozin, for every approximate kilo lost, the participant consumed approximately 50 calories more per day than prior to the study.

The researchers concluded that the proportional increase in appetite and caloric intake resulted in a weight loss plateau after about six months.

According to the researchers behind the study, the best way to lose weight after hitting a weight loss plateau is to scratch any kind of weight loss programme and simply make “significant and persistent efforts” – it’s as simple as that!

The best way to lose weight after a weight loss plateau
Rating:
Note: 5 of 1 vote