Your mom's personality has a lot to do with how successful you'll be, study reveals 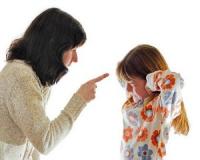 Next time your mom nags you, thank her instead of rolling your eyes at her! I'll tell you why… According to a recent study from the University of Essex in England, girls with moms who nag will probably end up being more successful than the kids with less pushy moms.

The study followed the lives of 15,500 13- and 14-year-old girls between 2004 and 2010, and found that the girls whose mothers set high standards for them growing up were more likely to not become teen moms, go on to college, and earn higher wages.

The reported nagging was focused on the mother's expectation that the child attend college.

"In many cases we succeeded in doing what we believed was more convenient for us, even when this was against our parents’ will," researcher Ericka Rascon-Ramirez told the Daily Mail.

"But no matter how hard we tried to avoid our parents’ recommendations, it is likely that they ended up influencing, in a more subtle manner, choices that we had considered extremely personal."


*********** Just for you ************
In the next 30 seconds, two South Africans will die from either heart disease or diabetes...
Don't let the next statistic be you!
Go here now to discover the names of a group of nutrients that scientifically proven to significantly reduce your heart attack risk, and much more…


The bottom line: Don’t mind your nagging mom… She’s setting you up for success!

The trope of the nagging woman has been a punchline for jokes since forever ago (cue Ellen Costanza screaming "George!"), but with these new findings, it's seeming a lot less like a joke.

So, before you slam that bedroom door, know that your mom is just setting you up for success — and you should probably listen up.
Tags: nagging mom, personality, success, successful habits, mom's personality

Your mom's personality has a lot to do with how successful you'll be, study reveals
Rating:
Note: 5 of 1 vote