Three new treatments for depression from around the world 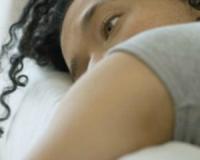 Despite a wide variety of treatments for depression, between 10% and 20% of people with depression have treatment-resistant depression.

The statistics on depression are sobering to state the least. More than 350 million people worldwide suffer from depression. Plus, it's the most common cause of disability worldwide.

According to the National Institute of Mental Health, in 2015 an estimated 16.1 million adults experienced at least one major depressive episode. Depression doesn't only affect adults, though - teen depression is also on the rise.

But it's not all doom and gloom - researchers from around the world exploring new ways to treat depression. Read on for three new treatments.

#1: Fighting inflammation
You already know that inflammation is damaging, but you probably didn’t know that it can also boost your risk of developing depression. A small study published in 2013 discovered that people who took anti-inflammatory drugs that are typically used to treat autoimmune diseases experienced reduces symptoms of depression. In 2015, another small study showed that clinically depressed adults had 30% more inflammation in the brain than healthy adults.

THE BIGGEST COVER UP IN HISTORY: Lower cholesterol and statins could be making you older, sicker and weaker.

Three new treatments for depression from around the world
Rating:
Note: 5 of 1 vote