This treatment for depression could slow down Parkinson's disease 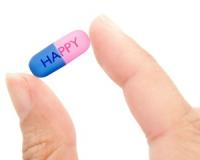 Nortriptyline, a treatment for depression that's been around for more than 50 years could slow down the progression of Parkinson's disease, according to a Michigan State University (MSU) study published in the journal Neurobiology of Disease.

In the proof-of-concept study, the antidepressant stopped the growth of abnormal proteins that can build up in the brain and lead to the development of Parkinson's. Keep reading for the full findings.

Nortriptyline has been used to treat nerve pain...

According to the researchers behind the study, nortriptyline has been used to treat depression and nerve pain. They say that their study is early proof that the antidepressant could also slow down the progression of Parkinson’s.

“Depression is a very frequent condition associated with Parkinson’s, so we became interested in whether an antidepressant could modify how the disease progresses,” said Tim Collier, lead author of the study and a neuroscientist at MSU.


Study finds a treatment for depression that could slow down the progression of Parkinson’s disease...

To reach their findings, Collier and collaborator, Katrina Paumier, an assistant professor of molecular medicine, began looking at previous data to see if people who used antidepressants experienced any delay in their need to go on a standard Parkinson’s therapy called levodopa. This therapy boosts dopamine, a natural chemical that sends signals to other nerve cells and can drastically decrease in cases of Parkinson’s.

“We found that those on a certain class of antidepressant, called tricyclics, didn’t need the levodopa therapy until much later compared to those who weren’t on that type of antidepressant medication,” reported Collier.

Collier then began testing rats with the antidepressant nortriptyline and found that it was able to reduce the amount of abnormal protein that can accumulate in the brain. This protein can cause the brain’s nerve cells to die and is a hallmark sign of Parkinson’s.

This treatment for depression could slow down Parkinson's disease
Rating:
Note: 5 of 1 vote