These popular drugs for enlarged prostate may be harmful! 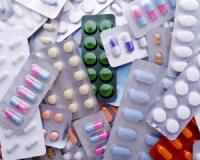 Popular hormone-based drugs for treating enlarged prostate may be harmful. More specifically, these go-to drugs can boost a man's risk of stroke, heart disease and even type 2 diabetes.

This goes according to a study recently published online in the journal Hormone Molecular Biology and Clinical Investigation. For the full findings, read on...

“Our small study suggests there are really adverse effects on metabolic function from these drugs that has not been reported previously,” reported Abdulmaged Traish, lead researcher and a professor of urology with the Boston University School of Medicine in the United States.


These findings don’t warrant any change in use of hormone-based drugs for enlarged prostate, one expert says...

So if you’re currently using a hormone-based drug to treat enlarged prostate, should you stop? Dr Ashutosh Tewari, chair of urology for the Icahn School of Medicine at Mount Sinai in New York City also in the United States, says no.

According to Dr Tewari, the findings of this study run counter to prior clinical trials of hormone-based drugs for enlarged prostate and therefore don’t warrant any change in use at this time.

That said, Traish feels that urologists should talk about these new findings with patients before prescribing either Avodart or another hormone-based drug for enlarged prostate called Proscar (finasteride).
Tags: enlarged prostate

These popular drugs for enlarged prostate may be harmful!
Rating:
Note: 5 of 1 vote