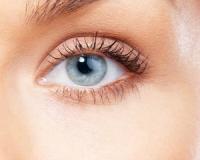 If your vision is less than perfect, chances are you're considering LASIK (laser insitu keratomileusis) eye surgery, also known as laser eye surgery or laser vision correction - a surgical procedure that corrects common vision problems, including nearsightedness, farsightedness, astigmatism and presbyopia. It's better than wearing glasses or contact lenses for the rest of your life, isn't it?

You're not the only person considering LASIK to achieve crystal clear vision. In fact, it's a common choice amongst people with vision problems - and research shows that most are very happy with the results. That said, the procedure does carry risks - and your doctor likely hasn't warned you about them!

The researchers behind the study, who are from the Food and Drug Administration, first evaluated patient satisfaction with LASIK. To do this, they recruited two groups of patients who were ideal candidates for the eye surgery. One group included 262 active-duty Navy personnel, while the other included 312 civilian adults.
The researchers gave both groups web-based questionnaires to fill out in order to assess their vision complaints both before as well as one and three months after surgery. The civilian group completed the questionnaire six months after surgery as well.
The researchers weren’t alarmed that most of the patients reported visual symptoms and dissatisfaction before undergoing LASIK. Most of them also reported an improvement in visual problems like dry eye after surgery.
But here’s the bad news – 43% of patients in the Naval group and 46% of patients in the civilian group reported visual problems after surgery that they hadn’t reported before. These symptoms ranged from glare and halos, to starbursts and double images.
What’s more, 28% of patients in both groups reported no dry eye problems before LASIK, but said they had mild to severe symptoms three months afterward.
Malvina Eydelman, MD, an ophthalmologist with the FDA’s Center for Devices and Radiological Health, and her colleagues wrote: “Hence, patients should be adequately informed about the potential risk of developing dry eye symptoms, even if they are asymptomatic preoperatively.”

The researchers found that the majority of the patients in the study reported that they were satisfied with their vision post-LASIK. However, between 1% and 4% of patients reported dissatisfaction with their vision post-LASIK, while between 1% and 2% reported dissatisfaction with LASIK itself.
While the post-surgery visual problems were common in patients, only a few said that they caused significant functional limitations. What’s more, patients reported that the problems decreased between three and six months after surgery. This finding supports previous research, which has found that visual symptoms improve over time.
This study is one of very few to explore the development of new visual problems after LASIK. However, because patients reported the results themselves, the researchers can’t be sure that the visual symptoms reported were truly new and caused by surgery. They also can’t confirm how many were a regression to a patients’ previous visual conditions.
That said, there’s one thing the researchers do know, and that’s that based on the findings of this study compared with previous ones, is that people are more likely to report visual problems post-surgery in an online survey, as opposed to talking with a doctor or answering questions in person.
“The reluctance of patients to report ‘negative’ events to their health care professional has been documented,” the researchers wrote. They explained that providing patients with the opportunity to write down their answers in private, with the assurance that their doctor won’t see them, has been proven to reduce biased responses.
In such a case, researchers estimating that collecting information on symptoms after LASIK in person (for example, a doctor conducting a verbal survey in his or her office) could be underestimating the rate of problems by a factor of at least 2 or 4.

The researchers suggested that doctors make the PROWL – or Patient-Reported Outcomes with LASIK – questionnaire that they used to reach their findings available online for patients before and after surgery.
They feel that the PROWL questionnaire would be an incredibly useful tool for doctors to gather information on post-surgery risks. It will also be useful for gathering data in future clinical trials, they argued.
The researchers wrote, “A better understanding of the patients' perceptions following this procedure will lead to better outcomes and will provide better information for informed consent to patients considering LASIK surgery.”
But it’s important to keep in mind that an online survey may still produce biased results. The researchers explained, “It’s possible that participants were more likely reporting satisfaction in an attempt to be consistent with and justify their choice to have surgery, leading to an underestimation of symptom rates and an overestimation of satisfaction rates.”
The researchers concluded that due to the small sample sizes and limited follow-up period in their study, the findings may not apply to everyone undergoing LASIK. If you’d like to better understand which patients are more likely to be dissatisfied with LASIK, keep your eyes peel for bigger, long-term studies.
Tags: eyes, eye health, eye problems, vision problems, glare, double images, lasik eye surgery, lasik eye surgery benefits, lasik eye surgery side effects

The risks of LASIK eye surgery your doctor hasn't warned you about
Rating:
Note: 5 of 1 vote