The ‘caffeine' test - a new way to test for Parkinson's disease? 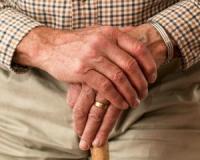 Testing for how much caffeine you have in your blood may be a way to determine if you have Parkinson's disease, a disorder of the central nervous system that affects your movement often including tremors.

This is according to a new study published online in Neurology, which found that people with Parkinson's disease had significantly lower levels of caffeine in their blood than those without the disease. Read on for the full findings.

Past studies have linked caffeine to a lower risk of developing Parkinson’s disease. However, researchers haven’t known much about how caffeine metabolises within people with the disease.

To reach these new findings, Shinji Saiki, MD, PhD, of Juntendo University School of Medicine in Tokyo, Japan, and his team followed 108 people with Parkinson’s disease for an average of six years. They also followed 31 people of the same age who didn’t have the disease.

***
For less than the price of ONE restaurant meal for your family, you can experience natural pain relief EVERY DAY from...
Plus, rebalance your body and revitalise your health! Over the past 10 years, scientists have discovered you can overcome a number of other health problems with CBD such as…
Find out more here...
***

The team tested the participants’ blood for caffeine and 11 by-products the body makes as it metabolises caffeine. They also tested for mutations in genes that can influence caffeine metabolism.

According to the study, people in both groups consumed about the same amount of caffeine, with an average equivalent to about two cups of coffee per day. However, those with Parkinson’s disease had lower blood levels of caffeine and nine of the 11 by-products in their blood. The researchers concluded that this test could be used to reliably identify people with Parkinson’s disease.

This limitation could affect the ability to identify an association between disease severity and caffeine levels. David G Munoz, MD, of the University of Toronto in Canada, also noted that all of the people with Parkinson’s disease were taking Parkinson’s medication and that it’s possible that these drugs could affect the metabolism of caffeine.

“If these results can be confirmed, they would point to an easy test for early diagnosis of Parkinson’s, possibly even before symptoms are appearing,” Munoz said. “This is important because Parkinson’s disease is difficult to diagnose, especially at the early stages.”
Tags: parkinson's disease

The ‘caffeine' test - a new way to test for Parkinson's disease?
Rating:
Note: 5 of 1 vote