Study uncovers troubling findings about eating seafood and your health 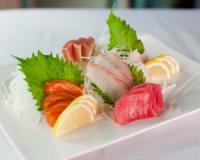 What's not to love about a perfectly seared fillet of fish or succulent, garlicky prawns? Seafood is both delicious and brimming with nutrients like vitamin B12, omega-3 fatty acids, selenium, iron and zinc!


I hate to burst your bubble, but a recent study carried out by Oceana, the largest non-profit ocean conservation organisation in the world, has revealed that one-third of seafood consumed in America is mislabelled...

And this fishy practice can pose serious health risks, from digestive problems to complications during pregnancy!

Researchers tested over 1,200 seafood samples and found that one-third were mislabelled

To reach their conclusions, researchers from Oceana performed DNA tests on over 1,200 seafood samples over a two-year period.

They found that 59% of tuna and 87% of snapper products contained different types of fish to what the label claimed. Researchers stressed that this shows high levels of fraud when it comes to buying fish.

Kimberly Warner, author of the study and senior scientist at Oceana, reported in a video produced by Oceana, “Apart from being cheated, many consumers can't choose their fish wisely based on conservation or health concerns.”

Warner added that in some cases, escolar was contained in what was labelled as white tuna sushi. She warned that escolar is a fish that can trigger very serious digestive problems if you eat too much of it.


********RECOMMENDED********
Is it just a bad memory? Or the early signs of Alzheimer's disease?
You know what it’s like to forget a name, misplace your keys, or lose your train of thought. It happens to everyone every so often.
But if you find yourself often repeating a question, forgetting your friends’ names or where you parked your car, it’s important you take five minutes to read this urgent alert NOW…
*********************************

Warner warned that other fish which are well-known to be high in mercury are also being used as substitutes. This is dangerous as mercury can put children as well as women of childbearing age in serious danger.

Edward Markey, a Democrat from Massachusetts commented by saying that seafood fraud hurts both fish producers and consumers economically.

And the sad thing is that it seems seafood fraud is a global issue. “Seafood fraud is an epidemic, and it is a fraud on the consumer,” said Markey. “Fishermen who play by the rules are also being ripped off by the bogus bass and the shady shrimp that are being marketed as the real deal.”