Study explains the link between Crohn's disease and gut health 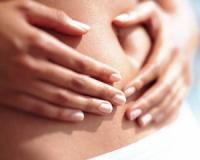 Nearly 570,000 people in America alone are diagnosed with the inflammatory condition called Crohn's disease - and our local statistics aren't far behind.

It's widely suggested that Crohn's disease is due to an abnormal response of the immune system, but as your doctor will tell you, the exact cause of it is unknown. Or it was up until now...

Researchers at the Case Western Reserve and University Hospitals Cleveland in Ohio in the US have uncovered that two types of gut bacteria may be the leading culprit of Crohn's disease. Keep reading to learn more.

In people with Crohn’s disease, their E. Coli and Serratia marcescens bacteria levels are higher than normal, while their healthy bacteria levels are lower.   For this eye-opening new study, researchers found that there’s another key microbe, a fungus that goes by the name of Candida tropicalis, which works in tandem with the above-mentioned bacteria. Together, they form a very thin layer in your digestive tract that can cause the serious inflammation linked to Crohn’s disease symptoms.   David Perlmutter, a brain and gut health expert and author or Grain Brain, commented on this new finding, “These findings related to Crohn’s disease are similar to previous reports focused on other autoimmune conditions like multiple sclerosis confirming that the delicate balance of our immune systems is, to a great extent, dictated by organisms making up our microbiome. It’s a revelation to embrace the idea that germs are, by and large, our friends.”
*** You could manage any pain you have... With all the pain control technology available - there's no reason for you to needlessly suffer ever again! Most people have been conditioned to live with pain. But you don't have to. Pain could be easily managed. Often from home, and in as little as 20-minutes.  Discover simple and effective solutions you could use to relieve pain - fast here... ***


Researchers say that by following an anti-inflammatory diet and balancing your hormones, you can prevent Crohn’s disease

With all eyes on gut health right now, it’s become clear that by following an anti-inflammatory diet and balancing your hormones, you can help balance the bacteria that lives in your cut and prevent inflammatory conditions like Crohn’s disease, researchers says.   Dr Joel Kahn, an American plant-based cardiologist, offered insight on the dietary changes you can make to prevent Crohn’s disease or reduce symptoms, “Although much more data is needed, dietary changes have been shown have a positive influence on Crohn's disease. A semi-vegetarian diet has been shown to have a profound influence on the relapse rate of Crohn's disease and it is likely that this is in part due to a favourable environment for a healthy microbiome. Lactose sensitivity may be much more common in Crohn's Disease. This study provides hope for a cure for Crohn's by manipulating the microbiome through diet and supplementation, even faecal transplantation.”   Studies like this help scientists and doctors get closer to finding out exactly what the cause of amorphous autoimmune diseases like Crohn’s disease is. Ultimately, this brings the world closer to finding more effective treatment. Crohn’s disease is a hot topic in the health world right now, so keep your eyes peeled for more news!
Tags: crohn's disease