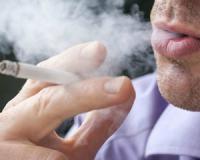 As if you needed another reason to quit smoking, a study published on the website of the Archives of General Psychiatry has revealed that smoking appears to accelerate the pace of mental conditions - specifically age-related cognitive decline - in middle-aged men.

According to the study, the mental function of the average 50-year-old male smoker can decline as quickly as that of a 60-year-old male who's never lit a cigarette in his life - even after accounting for factors such as overall health and educational level.

For the full findings of this study, keep reading.

The study was led by Séverine Sabia, an epideomiologist at University College London in the United Kingdom. To reach their findings, Sabia and her colleagues looked at data on 7,236 British civil servants who were part of a long-running health study called Whitehall II.
Over a 25-year period, the people in this study periodically answered questions about their smoking habits, such as how old they were when they started smoking, how much they smoked each day and, if they’d quit, how long it had been.
Three times in a 10-year period, these people also underwent a number of tests that measured their short-term memory and ability to plan, organise and pay attention, known as executive function. On average, they were 56 years old at the time of the first tests.

*** Weird “Lemon” Trick supercharges your memory in 1 HOUR This “Lemon” Trick just might be the most powerful memory booster I’ve ever seen… Studies show it helps improve focus, alertness, and mental clarity…starting the very first time you use it. Plus, it could give you nearly perfect word recall. In one study, this easy “Lemon” Trick even helped people ace a math test! And it didn’t even matter if they hated math! It takes just seconds to do…but you can get results within ONE HOUR. See how it works right here. ***
The team found that male smokers “showed a cognitive decline as fast as non-smokers 10 years older than them,” Sabia says. One question they were unable to answer is whether the cognitive decline they measured can be linked to forms of dementia like Alzheimer’s disease.

Smoking is a well-known risk factor for cancer and heart disease, but not cognitive ageing

Sabia says while we’re well aware that smoking is a major risk factor for various cancers and heart disease, this study shows that it also contributes to mental conditions. She adds that the detrimental effect is as evident as soon as age 45.
And it’s not only smokers who finish a box a day that need to worry – so-called social smokers also put their cognitive health at risk every time they light a cigarette. The study showed that intermittent smokers showed the same cognitive decline as persistent smokers, highlighting the importance of definitive smoking cessation.
Surprisingly, female smokers didn’t seem to have an increased risk of mental conditions, which may reflect gender differences in smoking and health patterns, rather than differences in how the brain responds to smoking.
Tags: mental conditions