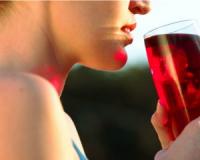 If you've ever had a urinary tract infection (or UTI), you know that calling it an uncomfortable nuisance is a major understatement…

And if you're someone who suffers from frequent UTIs, you probably think that one of the best ways to prevent them is by taking cranberry pills or drinking cranberry juice.

After all, cranberry supplements and juice have long been promoted as a way to treat and heal UTIs. But it turns out that this isn't necessarily true…

What’s more, researchers behind the study also found that 29% of women who took a cranberry supplement had positive tests for UTI-causing bacteria compared to 29.1% among women who didn’t supplement.

The bottom line? This study suggests that cranberry supplements and juice aren’t really helpful when it comes to preventing recurrence of UTIs. Study researchers looked at almost 200 women in this double-blind, randomised, placebo-controlled study and all results were statistically significant.

Now that you know that cranberry isn’t necessarily a solution for treating and preventing UTIs, where do you turn to? Meet D-Mannose, your new UTI remedy!

If you suffer from frequent UTIs, here’s some good news – new research has uncovered a promising new natural remedy for preventing and treating this type of infection! D-Mannose is basically a sugar that can help reduce your risk of future UTIs. The funny thing is this remedy actually isn’t that sweet – it looks like a fluffy protein powder.

New studies have found that supplementing with D-Mannose can significantly improve UTI symptoms like a burning feeling when you urinate, cloudy, dark, bloody, or strange-smelling urine, and feeling tired or shaky, plus help resolve infections.