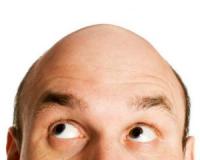 Man's obsession with baldness dates back to millennia. Related to your genes and male sex hormones, it's usually caused by genetic predisposition and hormones and follows a pattern of hair thinning on the crown and receding hairlines.

Researchers at Duke's University in North Carolina in the USA were the first to show an association between male pattern baldness and male hormone testosterone.

Now, a new study by researchers at The University of Edinburgh in the UK have identified close to 300 genetic regions tied to balding in males, while previous studies have only identified a handful.

While their findings take us one step closer, scientists stress that they don't mean that a cure for male pattern baldness is coming tomorrow! Read on for more.

The study was headed up by Dr Ricardo Marioni, who’s with The University of Edinburgh’s Centre for Genomic and Experimental Medicine.
To reach their findings, Dr Marioni and his colleagues analysed genetic data from over 52,000 men. They were able to pinpoint 287 genetic regions associated with male pattern baldness.
Dr Marioni noted that the genes him and his team identified were linked to hair development and structure. He said the genes could provide targets for the development of medications to treat male pattern baldness one day.

Study co-leader Saskia Hagenaars, a PhD student in The University of Edinburgh’s Centre for Cognitive Ageing and Cognitive Epidemology, reported in a news release from the journal PLOS Genetics, “It was interesting to find that many of the genetics signals for male pattern baldness came from the X chromosome, which men inherit from their mothers.”
Study co-leader David Hill, a statistical geneticist at The University of Edinburgh, added, “In this study, data were collected on hair loss pattern but not age of onset; we would expect to see an even stronger genetic signal if we were able to identify those with early onset hair loss.”
Dr Marioni believes that “the findings pave the way for an improved understanding of the genetic causes of hair loss.”
Tags: baldess, male pattern baldness, male pattern baldness causes, genetics, genetics and male pattern baldness, hair loss, receding hairline, hair growth tips

New gene research may give hope to men who are challenged my male pattern baldness
Rating:
Note: 5 of 1 vote