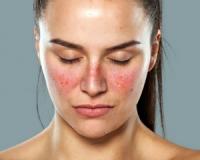 Lupus is a chronic autoimmune disease characterised by unpleasant symptoms like fatigue, joint pain, fever and butterfly rash. If you're diagnosed with this inflammatory disease, you're familiar with how these symptoms constantly flare-up and improve.

The question is: What can you do to keep known triggers of lupus at bay to stop flare-ups?

According to a new Michigan State University study published in the journal PLOS ONE, omega-3 fatty acids can stop one specific known trigger of lupus and potentially other autoimmune diseases, too. The team attributed to this benefit to one particular fatty acid in omega-3s known as DHA, or docosahexaenoic acid.

The preclinical study looked at the effect of DHA – found in fatty, cold-water fish or fish oil supplements – on lupus lesions in the lungs and kidneys of female mice that researchers genetically predisposed to the disease. The results were surprising and overwhelmingly positive.

“Ninety-six percent of the lung lesions were stopped with DHA after being triggered by the silica,” reported Jack Harkema, one of the study authors and a pulmonary pathologist at Michigan State University. “I've never seen such a dramatic protective response in the lung before.”

“What we discovered was when lupus was triggered by crystalline silica, a toxic mineral also known as quartz that's linked to human autoimmunity, DHA blocked the activation of the disease,” added Melissa Bates, another author of the study and a doctoral student in Michigan State University’s Department of Food Science and Human Nutrition and the Institute of Integrative Toxicology.

While researchers aren’t exactly sure how DHA helps prevent the onset of lupus, they say their study provides scientists with a better model for looking at just how much DHA lupus sufferers need to stave of the environmental trigger of the autoimmune disease.

“Cells in the lung can gobble up the silica, but it's so toxic, it kills these cells,” said Harkema. “When they die, signals are sent out to the immune system that something is wrong. The body then produces such a strong response that it also starts to target healthy cells.”

Harkema suggested that DHA may change the way that these cells, known as macrophages, react to silica in the lungs and change the immune system’s response. “Our next step is to figure out exactly what's happening,” he said.

Researchers think DHA may help macrophages send an anti-inflammatory response to the body so it doesn’t overcompensate and, in turn, trigger an autoimmune response. Another theory is that DHA somehow allows macrophages to remove and swallow up toxic silica from the lungs without dying, preventing the body from sending anti-inflammatory signals.

“What we do know is this study is a clear indication that eating DHA can prevent this one type of environmental triggering of lupus,” said James Pestka, who co-led the study with Harkema and Bates. He is a professor of food science and human nutrition at Michigan State University. “It can suppress many of the disease's signaling pathways, which current drugs on the market now try to target and treat,” Pestka concluded.


The top sources of DHA are fatty, cold-water fish and fish oil supplements

Ready to give DHA a try to ease your lupus symptoms? You can get your fix of this fatty acid by consuming fatty, cold-water fish like anchovies, salmon, herring, mackerel, tuna and halibut.

Alternatively, you can take a fish oil or omega-3 supplement to get your recommended daily intake of 250 mg to 500 mg.