Here's why asthmatics are likely to have worse symptoms when they get the flu, according to a University of Southampton study 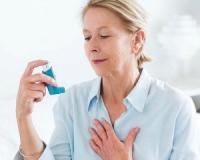 If you're an asthmatic, you've probably wondered why it is that when you get the flu, your symptoms are so bad. Well, a University of Southampton has the answer...

According to the study, which was published in the Journal of Allergy and Clinical Immunology, people with asthma are likely to suffer worse symptoms when they get the flu because they have weaker immune systems. For more on this study, keep reading.

The study, led by Ben Nicholas of the University of Southampton under the NIHR Southampton Respiratory Biomedical Research Unit,, assessed lung samples from both asthmatics and healthy people. The researchers exposed these samples to influenza (the flu virus) and then analysed their reactions.

*** Medical Maverick reveals the real problem with your daily multivitamin...   For the last several years, there’s been overwhelming evidence showing multivitamins don’t do much for your health.   Why?   Well as Dr Douglass explained, it’s not because multivitamins don’t work. It’s because most manufacturers make one (and in many cases both) of these vital mistakes.    They either:   1. Choose inferior ingredients to keep manufacturing costs down and profits up. This means no matter how MUCH of the ingredient they put in their multi, the quality is so poor you may as well eat sawdust.  2. Don’t put enough of each ingredient into their formulation. So even if they do use high-quality ingredients, the amount you get is so low, you may as well not have bothered.     And that means, unless you take a high quality multivitamin, taking one will do almost nothing for you!   That’s where FSP Nutritionals Nutri-Daily Support is different! Get the real deal, here's proof...  ***

To reach their findings, Nicholas and his team used a research method unlike other techniques, which separate and grow a single layer of cells in a dish. Instead, the team kept the whole sample intact. This allowed them to analyse a pinhead-sized piece of lung in the lab, just as it would be found in the body.

Nicholas reported their results: “We wanted to look into whether immune system differences explain why asthmatics are more likely to end up in hospital if they get flu than the general population. This is important, as flu can cause a person’s asthma symptoms to get worse. The samples from healthy people showed a strong immune system-triggering reaction to the flu virus. But in lung samples from asthma patients, this reaction was much weaker.”

Further research is necessary to determine whether the difference in immune responses is due to the daily medications that asthmatics used to manage their condition, or due to the asthma itself. That said, Nicholas is hopeful that his team’s findings are useful in finding new treatments for asthmatics.

Here's why asthmatics are likely to have worse symptoms when they get the flu, according to a University of Southampton study
Rating:
Note: 5 of 1 vote