Good news, coffee drinkers! Indulging in your morning ritual may protect you from retinal degeneration 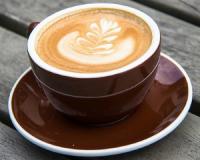 Now, a new study by researchers at Cornell University in Ithaca, New York, in the USA have discovered yet another good reason to start every day with your beloved cup of java…

According to their study, which was published in the Journal of Agricultural and Food Chemistry, drinking coffee may protect you from deteriorating eyesight - a very common age-related problem.

Raw coffee contains a strong antioxidant known as chlorogenic acid, which may protect against retinal degeneration

On average, raw coffee packs just 1% caffeine and 7% to 9% chlorogenic acid – a very powerful antioxidants.
The researchers behind this new study observed the effects of chlorogenic acid in coffee on mice and found that it helped prevent retinal degeneration. They said that it’s likely that the chlorogenic acid in coffee would have the same effect on humans.
Your retina is the very thin layer on the back wall of your eye. It’s made up of millions of nerve cells and light-sensitive cells, which help you receive and organise visual information.


********RECOMMENDED********
Stop Macular Degeneration from stealing your eyesight
If you’ve been told there's nothing you can do – and feel helpless and alone – take heart because real possibilities exist when it comes to fighting Macular Degeneration. And there’s no better time than now to fight the vicious spread of this thief...
Because let’s face it… once you’re blind, you’re blind forever. Imagine… total darkness, never again able to see your grandson’s smile as he blows out his birthday candles. Learning to walk with a stick, feeling your way clumsily down the street. The little things in life we take for granted but bring us such joy like gardening, golfing and even knitting turn impossible… and do you really think you have time to learn Braille? Find out how to fight Macular Degeneration here...
******************************
The researchers explained that the retina is one of the most metabolically active tissues. It demands very high levels of oxygens, which makes it prone and sensitive to oxidative stress. When it doesn’t get enough oxygen, it often leads to the production of free radicals, which can ultimately cause tissue damage and loss of sight.
They noted that other common causes of retinal degeneration include ageing, diabetes and glaucoma – a disease that damages your eye’s optic nerve and gets worse with time.

Good news, coffee drinkers! Indulging in your morning ritual may protect you from retinal degeneration
Rating:
Note: 5 of 1 vote