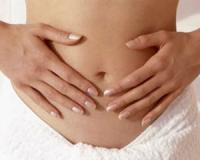 According to the Government Employees Medical Scheme's (GEMS), only 20% of people with irritable bowel syndrome (IBS) around the world seek medical attention. The same statistic applies to South Africa in particular.

The US Food and Drug Administration (FDA) says this is of concern because IBS, a disorder that involves your colon and causes symptoms like bloating and abdominal pain, affects over 15 million people in America alone!

Read on for more about current and future IBS treatments.

There’s no single treatment for IBS

The thing about IBS is there’s no single treatment for it. While one treatment may work effectively for one person, it will do nothing to help another. Because of this, Dr Tara Altepeter, a gastroenterologist at the FDA, says there’s a huge need for new, more advanced IBS therapies.
Right now, IBS patients have to try a number of therapies to determine what works best for them. These may include techniques and lifestyle changes. According to Altepeter, the FDA is currently working on making more IBS treatments available to patients.
“There’s a lot of new research about the role of carbohydrates, and specifically a nutrient called polyols, in triggering irritable bowel syndrome in some patients,” Altepeter said in a FDA news release. “In addition, researchers are more closely examining the role of dietary modification as a treatment for patients with IBS,” she added.

Current IBS treatments include changes in diet and exercise

Altepeter clears up that the most common IBS treatments include changes in diet and nutrition, and exercise. However, some patients opt to take medications to manage their condition – but drugs are generally a last resort and there’s no drug that’s made to treat IBS specifically.
“IBS is not like other chronic conditions, such as hypertension, which is constant. IBS is a variable condition. Even without treatment, the problem might go away in some patients. But the symptoms might return after a few months,” Altepeter said.

The main culprits behind IBS flare-ups are foods high in carbohydrates, fatty or spicy foods, milk products, caffeine and alcohol. Therefore, tweaking your diet is an effective way for most patients to manage their symptoms.
“Drugs are a last option. Patients should try dietary modifications, relaxation techniques, and other lifestyle changes, such as exercise, before resorting to medication,” Altepeter reiterates.
“Some people suffer from depression and IBS. The question is what's primary or secondary – what came first? Either way, antidepressants aren’t a cure for IBS,” she concludes.
Tags: irritable bowel syndrome, ibs, ibs symptoms, ibs flare-ups, ibs treatments, ibs diet tips, ibs exercise tips, drugs for ibs, ibs news