Could the bacteria in your gut be tanking your emotional health? 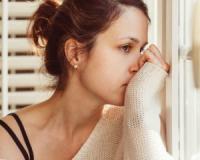 When you think of factors that can affect your emotional heath, things like thought patterns, chemical imbalances and sleep quality come to mind. But what about your gut?

While you may not think of your gut as a key contributor to your emotional health, research is increasingly suggesting that you should. Keep reading to learn more about this interesting connection.

Your gut is home to at least 100 trillion microbes, which play a role in digestion and metabolism

The microbes in your gut aid in digestion and keep your metabolism humming as well as produce vitamins and ward off infection. In addition, these microbes produce neurochemicals that can change your mood and influence your brain function.

For this reason, the theory that your gut can function as a ‘second brain’ is gaining traction in the global medical community. Since 2013, the US National Institute of Mental Health has funded a number of studies to better understand how the gut microbiome, which comprised of bacteria, fungi and viruses, influences feelings and thoughts.

So what has research concluded so far on the connection between the gut microbiome and emotional health?

Researchers have found that manipulating the balance of ‘friendly’ and ‘unfriendly’ bacteria in the gut can influence brain chemistry. According to a 2012 study published by the American Psychological Association, gut bacteria produce 95% of your body’s supply of serotonin, the neurotransmitter that plays a role in your mood, sleep and digestion.

Another study, this one conducted by researchers at McMaster University in Canada in 2013, bacteria from ‘fearless mice’ were transplanted into ‘anxious’ mice, causing them to show less anxious behaviour. This worked the other way around as well – the fearless mice showed traits of anxious mice when they were given their microbes.

According to the researchers, the behaviour patterns were a result of changes in brain chemicals that influence emotion and mood.

To help bring your gut bacteria closer to equilibrium and, in turn, influence your emotional health, up your intake of probiotic-rich foods or consider taking a probiotics supplement.
Tags: emotional health

Could the bacteria in your gut be tanking your emotional health?
Rating:
Note: 5 of 1 vote