Could cannabis be the answer to treating sleep apnea? 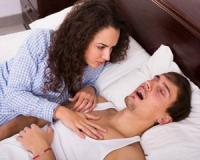 Sleep apnea is a potentially serious sleep disorder in which breathing repeatedly stops and starts. According to a new study conducted at Northwestern Medicine and the University of Illinois at Chicago (UIC) in the United States, cannabis may be the answer to treating this sleep disorder.

No, they're not recommending that you smoke cannabis. Instead, they're referring to taking a cannabis-like drug that they proved is safe and effective in treating obtrusive sleep apnea. Read on for the full scoop.

This new study served as the first multi-site study of a drug for sleep apnea. To reach their findings, the researchers examined the effects of dronabinol, a synthetic version of the molecule Delta-9 THC (tetrahydrocannabinol), which is in cannabis.

They looked at 73 adult patients with moderate or severe sleep apnea and divided them into three groups. They gave the first group a low dose of the drug, the second group an even higher dose, and the third group a placebo. The participants took the drug once a day before bed for six weeks.

The researchers found that treatment by the highest dose of the drug (10 mg) for six weeks was associated with a lower frequency of apneas or hypoapneas during sleep, reduced subjective sleepiness and greater overall treatment satisfaction compared to taking a placebo.

The researchers also found that the severity of the sleep disorder was reduced by 33% compared to complete compliance with continuous positive airway pressure, a therapy that uses a machine to help you breathe more easily during sleep. However, it’s important to note that complete compliance for the night is rare.

The researchers concluded that the drug treatment represented a new approach in that it targeted the brain rather than the physical problem of collapsing airways. They added that this may reflect new belief that sleep apnea may be caused by multiple factors, not just physical ones.
Tags: sleep apnea

Could cannabis be the answer to treating sleep apnea?
Rating:
Note: 5 of 1 vote