CBD oil can help stabilise your mood if you have depression 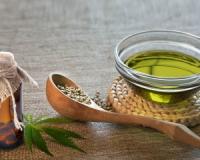 As CBD oil gets into the hands of more and more people, the reported benefits of this natural remedy are blowing the minds of doctors and the general population alike.

According to some of the latest studies, CBD oil seems to have an impact on people who battle with depression. So is CBD oil really a good treatment for those dealing with mood disorders? Let's take a look at what research says.

You might be surprised to learn that humans have an endocannabinoid system, which is basically a group of endogenous cannabinoid receptors located in the mammalian brain and throughout the central and peripheral nervous systems. These receptors respond specifically for cannabinoids, which are found in the cannabis plant and cannabis products such as CBD oil.
Depression, which is often attributed to a chemical imbalance in the brain, is rooted in the body’s nervous system. While depression can have various causes, doctors agree that that it severely impacts the nervous system. When the endocannabinoid system is out of homeostasis, a number of bodily functions are impacted, including eating habits, sleep patterns, energy levels and, of course, mood.

*** For less than the price of ONE restaurant meal for your family, you could experience natural pain relief EVERY DAY from...  Plus, rebalance your body and revitalise your health! Over the past 10 years, scientists have discovered you can overcome a number of other health problems with CBD such as… Find out more here... ***

While human studies involving CBD oil are limited, there’s a body of other research that supports this natural remedy as a possible solution to depression.
One animal study published in 2014 showed the potential of CBD oil as an antidepressant and anxiolytic-like compound. The animal models went through a number of scenarios, including a maze, conflict tests and swim tests. When the scientists treated the animal models with CBD oil, the models showed to have fewer instances of depression and anxiety.
Another study, this one conducted in 2009, showed the need to address the endocannabinoid system in regards to mood and mental health disorders in pharmacology. Perhaps, doctors should turn to CBD oil to treat patients with depression!

A recent study out of New Zealand  found that CBD may be an effective treatment for a range of conditions including pain, anxiety, and depression.

Patients suffering from mental health conditions experienced significant improvements to their symptoms of depression and anxiety as well as reduced pain levels, as well as an increased ability to complete their usual activities.

CBD oil can help stabilise your mood if you have depression
Rating:
Note: 5 of 1 vote