Can a “depression nap” really help with emotional health problems? 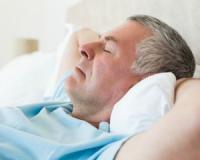 The “depression nap” is a trend that's taking social media by storm and has even made it to Urban Dictionary and Reddit.

Maybe you rely on a depression nap to help with emotional health problems, such as depressive symptoms, every day. Perhaps you've taken one and didn't know there was a name for it...

Either way, the depression nap is officially a thing. The question is: Is it a good thing? We turned to the experts to find out if a depression nap - or a quick snooze - is actually a smart idea when you're feeling like the world is just too much...

It’s no secret that most of us – except maybe resistant toddlers – love squeezing in a nap during the day. However, experts aren’t so sure that a nap can really help with emotional health problems.

“If napping is being used to avoid doing or confronting difficult things, or is being done excessively while connected to depressed feelings or low energy, then it may be a symptom of a psychological disorder such as depression, anxiety or insomnia,” explains Simon Rego, chief psychologist at the Montefiore Medical Center and Albert Einstein College of Medicine in New York City.


Swearing by depression naps could even signal clinical depression...

Some people who rely on depression naps might see sleep as a way of escaping what’s bothering them, feel tired all the time or sleep more than usual. Feeling the need to take a depression nap could even indicate clinical depression, as chronic or extreme tiredness is one symptom of the mental disorder.

On the flip side, sleeping too little could also be a sign of depression. Insomnia and depression often go hand-in-hand – some people with depression feel restless and wound-up, leading to difficulty falling or staying asleep. If you struggle to fall asleep at night, napping isn’t a smart choice for you, as any daytime shut-eye only makes it more difficult to doze off at night.