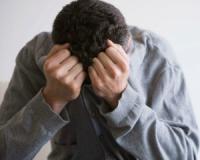 Scientists discovered long ago that depression is a result of the depletion of the neurotransmitter serotonin in your brain.

They've also known for many years that SSRI-class antidepressants such as Prozac and Celexa help treat the condition by enhancing the concentration of serotonin available in your brain.

However, it wasn't up until now that they discovered that cannabinoids - a synthetic form of THC, the active ingredient in cannabis - also act as an effective antidepressant at low doses. Here's the full scoop...

To reach their findings, researchers from McGill University in Montreal, Canada injected laboratory animals with the synthetic cannabinoid WIN55,212-2. They then use the Forced Swim test – a test that measures depression in animals – to test the antidepressant effect of cannabinoids paralleled by boosted activity in the neurons that produce serotonin.
They discovered that at low doses, cannabinoids acted as an effective antidepressant. But as soon as they increased the dose beyond a set point, they completely undid the antidepressant benefits.
“Low doses had a potent anti-depressant effect, but when we increased the dose, the serotonin in the rats’ brains actually dropped below the level of those in the control group. So we actually demonstrated a double effect: At low doses, it increases serotonin, but at higher doses the effect is devastating, completely reversed,” explained Gabriella Gobbi of McGill University.

According to the researchers, the antidepressant and intoxicating effects of cannabis are due to its chemical similarity to natural substances in your brain known as “endo-cannabinoids”, which you naturally release when you’re very stressed or in pain. Endo-cannabinoids interact with your brain through CB1 receptors.
This study is the first to demonstrate the direct effect that these receptors have on the cells that produce serotonin – the neurotransmitter that helps regulate your mood.
Dr Gobbi said she wanted to explore the antidepressant effects of cannabis due to anecdotal clinical evidence. “As a psychiatrist, I noticed that several of my patients suffering from depression used to smoke cannabis. And in the scientific literature, we had some evidence that people treated with cannabis for multiple sclerosis or AIDS showed a big improvement in mood disorders. But there were no laboratory studies demonstrating the anti-depressant mechanism of action of cannabis.”

Researchers warned that controlling the dosage of natural cannabis is tricky – especially when it’s smoked in the form of a joint. And there are perils associated with excessive cannabis use...
“Excessive cannabis use in people with depression poses high risk of psychosis,” said Gobbi.
Thankfully, there’s an alternative to smoking cannabis if you wish to treat your depression naturally without risking psychosis. CBD oil is a high-CBD, low-THC hemp oil that you can use both internally and externally to reap the benefits of cannabinoids while controlling your dosage.
PS: Go here for five more incredible medical uses for CBD oil!
Tags: cannabinoids, cbd, cbd oil, cbd oil benefits, cbd oil medicinal uses, depression, cbd and depression, depression treatment, natural depression treatment, psychosis