Why do heart attack patients fail to fill prescriptions for medications to help them quit smoking? 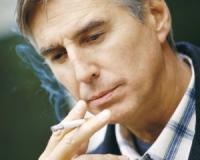 “These findings come as no surprise for geriatricians and health care professionals who face on a daily basis the challenges of recognising and managing the complexity of caring for older adults,” reported Dr Gisele Wolf-Klein, who directs geriatric education at Northwell Health in Great Neck in New York in the USA.

Dr Wolf-Klein explained that elderly heart attack patients may face multiple medical problems, including forgetfulness and depression. She said that this may make it difficult for them to abide by a quit-smoking regimen like patches, lozenges or medications.

Dr Neha Pagidipati from Duke University Medical Centre in Durham, North Carolina (also in the USA) headed up the study. Dr Pagidipati scheduled to present the findings of the study at the annual meeting of the American Heart Association.
To reach their findings, Dr Pagidipati and colleagues looked at 2,400 heart attack survivors aged 65 and up. These participants were either current or former smokers and treated at 377 hospitals around America.
While in hospital, staff advised these patients to stop smoking immediately. Almost all of them got prescriptions from their doctors for smoking-cessation medications like patches, lozenges and medications before being released from hospital.
However, only 10% of patients actually filled their prescriptions for the medications, such as varenicline (Chantix) and bupropion (Wellbutrin), within three months of leaving the hospital, the study read.
After one year, the number was still low, with only 13% of patients having filled a prescription for smoking-cessation medications.

---------Recommended Product---------   All-natural tree bark manages cholesterol without drugs and strengthens heart-pumping activity Tree bark? This sounds outrageous, but it's true. For hundreds of years, the bark of a specific tree found in India has been used to successfully treat heart conditions. It's considered a well-proven remedy in that country.   And that's not surprising when you consider its amazing properties.   Find out how it works… And so much more. Go here now   -------------------------------------------------
Researchers found that the older the patient, the less likely they were to fill the prescription and quit smoking. They also noted that minorities and men were less apt to try the smoking-cessation medications than white patients and women.
Researchers behind the study stressed that hospital staff needs to do more to help heart attack patients give up their smoking habit.

Dr Wolf-Klein is convinced that patients who fail to fill their prescriptions do so for a reason... “Older adults are particularly concerned with taking too many medications, both because of the increasing and often insurmountable monthly costs of their prescribed drug regimen, and because of the difficulty of remembering when to take them.”
Oftentimes, patients get handed medications with no explanation and therefore don’t know what to do with it. “Before 'buying into' the new market of smoking-cessation medication, older adults will need strong scientific data to persuade them – and their caregivers – of the longevity and quality of life benefits of giving up one of their last pleasurable habits,” Dr Wolf-Klein added.
Another doctor, Dr Satjit Bhusri who works as a cardiologist at Lenox Hill Hospital in New York City in the USA, agreed with Dr Wolf-Klein’s points. “We need to enhance our smoking-cessation counselling outside of the hospital by providing additional assistance and education to our patients.”
“The importance of not smoking after a heart attack is crucial to recovery and prevention of future heart attacks,” Dr Bhusri concluded.
If you’re a heart attack patient and haven’t yet given up smoking, it’s time you do. Speak to your doctor, who will be able to better inform you about smoking-cessation medications and get you back on the road to good health.
Tags: smoking, heart health, smoking and heart health, heart attack, heart attack risks, smoking and heart attack risk, smoking-cessation medications

Why do heart attack patients fail to fill prescriptions for medications to help them quit smoking?
Rating:
Note: 5 of 1 vote