This vaccine may cut your risk of heart conditions… 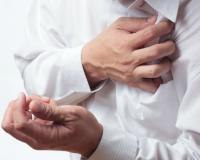 A first phase trial to determine translation in humans following the wake of successful results in mice to immunise against high levels of cholesterol and narrowing of the arteries - both risk factors for heart conditions such as heart failure, coronary heart disease, congenital heart disease and inflammatory heart disease.

The researchers started the first phase of the clinical study at the Department of Clinical Pharmacology, Medical University of Vienna, Austria in 2015. The study examined the molecules AT04A and AT06A in 72 health people to assess its activity and safety. The study is expected conclude at the end of 2017. Read on for the full story…

It’s been long known that people with high levels of LDL cholesterol – whether it be due to poor diet and lifestyle or genetic inheritance – are at raised risk of developing heart conditions prematurely.

Throughout the world, the diseases of the heart and blood vessels caused by the build-up of fatty material – atherosclerosis – have overtaken infections as the leading cause of illness and death!

A study published in the European Heart Journal uncovered that it’s possible to immunise genetically modified mice with a molecule that causes the body to produce antibodies against an enzyme known as PCSK9, which plays a role in preventing the clearance of bad cholesterol – known as low-density lipoprotein cholesterol – from the blood.

The findings revealed that when mice who were fed fatty, Western-style food in order to induce high cholesterol and atherosclerosis were injected with this AT04A vaccine, their total cholesterol levels decreased by 53%. What’s more, the atherosclerotic damage to their blood vessels shrunk by 64% and the reduced biological markers of their blood vessel inflammation went down by 21% to 28% compared with mice who weren’t vaccinated.

“AT04A was able to induce antibodies that specifically targeted the enzyme PCSK9 throughout the study period in the circulation of the treated mice,” Günther Staffler, one of the study’s authors said. “As a consequence, levels of cholesterol were reduced in a consistent and long-lasting way, resulting in a reduction of fatty deposits in the arteries and atherosclerotic damage, as well as reduced arterial wall inflammation. If these findings translate successfully into humans, we could develop a long-lasting therapy that, after the first vaccination, just needs an annual booster.”

This vaccine may cut your risk of heart conditions…
Rating:
Note: 5 of 1 vote