The link between cardiovascular disease and depression explained 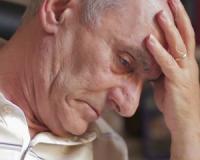 Did you know that you're four times more likely to die post heart attack if you're depressed?

So which condition comes first - cardiovascular disease or depression? Keep reading to understand the link between these two conditions...


Cardiovascular disease and depression will soon be the two leading causes of death...

The World Health Organization predicts that by 2020, cardiovascular disease will be the leading cause of death and disability worldwide and that depression will be a close second.

That being said, scientists are still unsure to which extent these two serious conditions are caused by one another or happen to develop in tandem. It’s an area that they’re still exploring, as is how to treat both conditions simultaneously.

Leo Pozuelo, an associate director of the Bakken Heart-Brain Institute at Cleveland Clinic in the United States, says depression is a risk factor for cardiovascular disease that makes people question whether or not they should treat their mind and body together.

Scientists at Harvard-affiliated McLean Hospital reveal:
This group of nutrients is not only the answer to boosting your mood... Preventing Alzheimer's and dementia... It's also: 8 TIMES MORE EFFECTIVE than an Anti-Depressant!
The South African Depression and Anxiety Group (SADAG) reveals that one in every six South Africans suffers from depression. Millions of people are on anti-depressants with serious side-effects.
All this while a group of essential natural nutrients can:
• Protect you from depression and other mood disorders including schizophrenia.
• Improve memory and learning. Studies show kids who take Omega 3 supplements do better at school, score higher in tests and have fewer behavioural issues than those who don’t.
• Fight age-related memory loss and senior moments synonymous with dementia and Alzheimer’s.
• And protect against stress-related job burnout.
And it’s all thanks to this one group of natural nutrients your brain needs to function properly. Find out more here…

Studies suggest that repeat cardiovascular events are more closely linked to depression than they are to high blood pressure, high cholesterol, diabetes or smoking.

One recent study conducted by researchers at Duke University in the United States found that depressed heart failure patients were 50% more likely to be hospitalised or die from their heart conditions than patients who weren’t depressed.

Another study found that in the first six months after a heart attack, a depressed person’s chances are four times higher than a non-depressed person – even if their heart damage is the same. Kenneth Robbins, professor of psychiatry at the University of Wisconsin-Madison in the United States explains that depression itself makes people sicker in ways that experts don’t really have a clear understanding of.

The link between cardiovascular disease and depression explained
Rating:
Note: 5 of 1 vote