Study reveals: Fainting is the first sign of heart problems 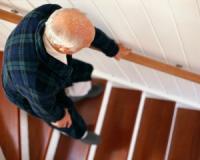 Fainting is a symptom that can indicate a number of potential health problems, so it's often tough for doctors to determine just what caused a first fainting episode.

According to a large Danish study that looked at a nationwide picture of how one-time fainters fared over several years, these people were 74% more likely to eventually be admitted to hospital for heart attack or stroke and five times more likely to need a pacemaker or implantable cardioverter-defibrillator at some point in the future.

These findings suggest that even people with a low risk for heart problems who faint need to be carefully evaluated.

The study was published in the Journal of the American College of Cardiology. To reach their findings, the team of researchers used the Danish health care system’s extensive nationwide databases, which allowed them to include every patient in Denmark who had first-time admission to an emergency room or hospital due to fainting between 2001 and 2009.

The researchers then included only the 40% of patients who appeared to have no pre-existing health condition based on their medical records and the pharmacy database that showed their use of medications for diabetes and high blood pressure. The researchers tracked those roughly 37,000 patients for about four-and-a-half years and compared their results to those of more than 185,000 similar people who hadn’t fainted.

The data was diverse in that it included men and women, and people of any age, ethnicity and socioeconomic status, with or without insurance or medical aid and whether or not they were employed.

The researchers found that one-time fainters had a 74% higher chance of being admitted to hospital for heart attack or stroke and five times more likely to need a pacemaker or implantable cardioverter-defibrillator later in life compared to those who hadn’t fainted.

“Patients, relatives and clinicians should be aware that syncope fainting in seemingly healthy people is associated with higher risks of death and that syncope may be a first symptom of cardiovascular disease,” said Dr Martin Ruwald, lead author of the study and a postdoctoral research fellow at the University of Rochester Medical Center in Rochester in the United States.
Tags: cardiovascular disease