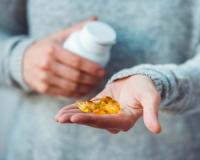 For years, we've known that omega 3 fatty acids, the healthy fats found in fish oil and fatty fish, are heart-healthy, and a new study published in the Journal of Clinical Lipidology confirms the validity of that advice.

The study, which reviewed 14 randomised, controlled trials, found that DHA and EPA omega-3 fatty acids reduced the overall risk of cardiac death by a statistically significant average of 8%. Keep reading for the full findings.

What’s more, people who took more than 1 g of DHA and EPA every day slashed their risk of cardiac death by almost 30%.

“It’s important to note that these results align with the conclusions in the recent Science Advisory from the American Heart Association, which states that EPA and DHA omega-3 treatment ‘is reasonable’ for secondary prevention of coronary heart disease and sudden cardiac death,” said lead study author Dr Kevin Maki.

Dr Maki is the Chief Scientist for Midwest Biomedical Research’s Center for Metabolic and Cardiovascular Health in the United States.

“One notable feature of EPA and DHA omega-3 supplementation is the low risk associated with its use,” Dr Maki said. “Because of the low risk for adverse effects, even a modest benefit is clinically meaningful.”

Two serving of fatty fish like salmon supplies 250 mg to 500 mg of DHA and EPA. In addition, the American Heart Association also recommends that people diagnosed with heart disease also take 1 g of DHA per day.

You can obtain fish oils from supplements, which can cost as little as R150 per month.