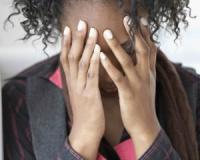 You may think that your migraines are a result of stress, hormonal changes or eating certain foods and are nothing serious. But a new study has confirmed that if you're a woman, regular migraines may be linked to increased risk of stroke or heart attack.

“Migraine should be considered a marker for increased risk of cardiovascular disease, at least in women,” reported Dr Tobias Kurth, director of the Institute of Public Health at Charite-Universitatsmedizin in Berlin, Germany.

That said, Dr Kurth confirmed that the study didn't prove that migraines cause stroke or heart attack in women - only that they make these cardiovascular events more likely. Read on for the full story.

Dr Kurth defines migraines as “headaches marked by marked by intense throbbing or pulsing, often accompanied by nausea, vomiting and sensitivity to light and sound”.

Previous studies have linked migraines to increased risk of stroke, but this German study is the first to tie them to heart attack, death and need for heart surgery as well.

“Physicians should be aware of the association between migraine and cardiovascular disease, and women with migraine should be evaluated for their risk,” said Dr Kurth.

To arrive at this conclusion, Dr Kurth and his team analysed data on over 116,000 US women who were part of the Nurses’ Health Study II. At the beginning of this study, the women were between 25 and 42 years old and had no heart problems. They were followed from 1989 to 2011.

At the beginning of the study, 15% of the women had regular migraines. During the 20-year follow-up period, over 1,300 of the women suffered a stroke or heart attack. In total, 223 died from one of these cardiovascular events.

Compared to women who didn’t have regular migraines, those in the migraine group were 50% more likely to have a stroke, heart attack or surgery to open block arteries, the team noted.

Furthermore, the team linked migraines to a 37% higher risk of dying from a stroke or heart attack.

New German study finds that women who have regular migraines may be 50% more likely to have a stroke or heart attack
Rating:
Note: 5 of 1 vote