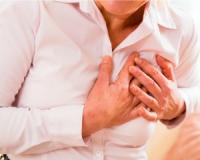 It's true that cancer is a leading cause of death globally. But is it number one?

According to a recent study led by Keele University in England in collaboration with the Universities of Aberdeen and Manchester, men and women who suffer from heart failure are actually at a higher risk of death than people with most common cancers.

This study is the first of its kind to compare survival of heart failure and cancer, and separate study subjects by gender. Keep reading for more.

Breakthrough! English study finds that people who suffer from heart failure are at a higher risk of death than those with some cancers

To arrive at this conclusion, researchers collected data between 2000 and 2011 from 393 general practices in Scotland. The primary care dataset (PCCIU) included patient information for around one-third of the Scottish population. The data represented a mixture of gender and age, as well as a range of people economically and geographically.

Are you walking around with a heart that's
ageing faster than your body?
If your heart is older than your chronological age, you could be at risk of
a heart attack or stroke.
But fear not, your heart isn’t doomed to early retirement. Because this
one nutrient your body doesn’t produce could help turn back the clock of
your ageing heart.
It’s a simple, yet long exploited, secret the Japanese have been using for
thousands of years… Go HERE to find out what it is!
***
Furthermore, they noted that 5.5% of men and women with heart failure didn’t have another disease, while between 20% and 38% of cancer patients did. Despite how advanced medicine is today, the study revealed that heart failure is as life-threatening as the most common types of cancer in both men and women.

Professor Mamas Mamas, lead author of the study, professor of cardiology at Keele University and consultant cardiologist at the Royal Stoke Hospital, University Hospital North Midlands Trust, reported: “The findings of this study are important. Our study shows that despite advances in the treatment of heart failure with newer drugs and devices, mortality rates remain significant and heart failure remains as malignant as many of the common cancers.”

Professor Phyo Kyaw Myint of The University of Aberdeen, commented on the findings, “Older patients with heart failure also have other co-morbid diseases and therefore understanding of outcome in this patient group is important for clinicians. This study also reminds us that observational studies are important in clinical research because clinical trials don’t include the typical older people we manage in day to day clinical practice.”

Another expert, Dr Matt Sperrin of The University of Manchester, also shared his thoughts, “This study highlights how anonymised data from general practices can be used to uncover evidence that helps us understand how patients can be best managed. The comparison will hopefully highlight the potential impact of heart failure to the public who can take proactive steps to prevent it.”

Keele University study uncovers that people with heart failure have a higher risk of death than those with most common cancers
Rating:
Note: 5 of 1 vote