A noisy workplace could lead to heart attack or stroke! 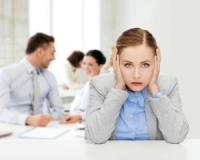 If your workplace is noisy, you're more likely to develop high blood pressure and cholesterol, according to a new US study conducted by a study team from the National Institute for Occupational Safety and Health in Ohio.

The link between noisy jobs and hearing difficulties is nothing new, however, the new study offers fresh insight that louder work conditions might contribute to the risk factors for heart disease as well.

“A significant percentage of the workers we studied have hearing difficulty, high blood pressure and high cholesterol that could be attributed to noise at work,” said study co-author Elizabeth Masterson. Keep readings for the full findings.

According to Masterson, about 22m people in the US alone are exposed to loud noise on the job. “If noise could be reduced to safer levels in the workplace, more than 5m cases of hearing difficulty among noise-exposed workers could be prevented,” she said.

“This study also provides further evidence of an association between occupational noise exposure and high blood pressure and high cholesterol, and the potential to prevent these conditions if noise is reduced,” Masterson added.

Noise is associated with heart health risks because it causes stress, which in turn triggers the release of stress hormones like cortisol as well as changes in heart rate and blood vessels, the team noted.

For their study, published in the American Journal of Industrial Medicine, the team examined nationally-representative survey data from 22,906 adults who were employed in 2014.

One in four workers reported exposure to occupational noise at some point in the past, while 14% had experienced loud work conditions in the previous year. Mining, construction and manufacturing were identified as the industries with the most noise exposure.

The team found that overall, 12% of participants had hearing difficulties, 24% had high blood pressure and 28% had high cholesterol, while 4% had experienced a major cardiovascular problem like a heart attack or stroke.

After taking other risk factors into account, the team attributed 58% of the cases of hearing difficulty, 14% of the instances of high blood pressure and 9% of the elevated cholesterol cases to exposure to occupational noise. The study didn’t, however, prove that noisy work conditions cause heart disease, heart attacks or strokes.
Tags: heart health

A noisy workplace could lead to heart attack or stroke!
Rating:
Note: 5 of 1 vote