You're more susceptible to viral attacks if you do not get enough of this mineral... 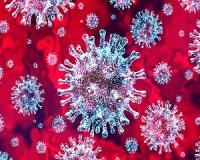 We've been conditioned to think of the fight against microbial illnesses— viral, bacterial, and fungal — as warfare. Either we kill them or they kill us.

Thankfully, scientists are starting to understand, based on what they've learned over the past four decades, that the more we kill bacteria with antibiotics or other chemicals, the more likely they are to come roaring back, stronger than before.

They become drug-resistant as they learn to protect themselves against us.

But there is a way to protect yourself from viral attacks - and all it takes is to make sure you're getting enough of this mineral.


The safe, natural way to ward off viral attacks...

Selenium is regarded as an essential mineral needed in small, daily amounts. In fact, a deficiency in selenium is associated with many illnesses.

A researcher from the University of Georgia College of Pharmacy, studied the ability of this trace element to interfere with the replication of a wide variety of viruses.

He found literature proving that the virulence of and illness due to hepatitis B and coxsackie virus infection (a virus related to the common cold and to polio) is triggered by selenium deficiency — and that selenium supplementation significantly reduces the incidence of these diseases.

Certain herpes viruses may also be triggered or become more virulent under conditions of selenium deficiency.

There have also been reports in the last decade showing that a decrease in selenium levels is fairly common in HIV patients, particularly AIDS patients.

Since the mid-1960s scientists have suggested that the decrease of selenium in the food chain may be due to fossil fuel burning and acid rain.

If selenium deficiency increases the virulence of some viruses, it could be a factor contributing to the apparent emergence of more serious “new” viral diseases.

How to get more selenium...

You can also take a selenium supplement daily, which you can find in anly health shop.

Tags: you're more susceptible to viral attacks if you do not get enough of this mineral...

You're more susceptible to viral attacks if you do not get enough of this mineral...
Rating:
Note: 4.8 of 5 votes