Use this must-know surgery trick to make life easier for you post-surgery... 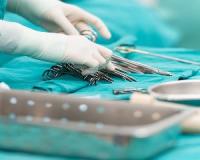 If you're due for surgery soon, or it's on the cards for you because you've had the conversation with your doctor, this little trick can make your life easier post-surgery...

Keep reading to find out why you should take a drive to the store to buy this cheap teenager's essential!


How chewing gum could take some of the pain away during your post-operative recovery...

You're going to love this trick...

Have you ever had a serious bout of constipation after surgery?

It's known as a postoperative ileus and it's a reaction to the general anaesthetic.

Your bowel just doesn't work as well after an operation and you struggle to go to the loo for a few days...

Eventually, you're battling with the pain from the surgery AND a clogged up system...

Often the nurses will give you a suppository to clear things up - but that can esily go the other way...

Sending you to the loo every few minutes...

Depending on where you've had your surgery - all this rushing up and down can be a real challenge!

But that's where a stick of chewing gum can help!

Keep reading to find out how...

Study shows MUCH less risk of postoperative ileus with gum!

In a study published in the journal, The Society of Thoracic Surgeons, 341 patients who underwent surgery received sugarless chewing gum to chew after surgery, while 496 patients didn't chew gum.

Only two people of the group who chewed gum, representing 0.59% of the patients developed postoperative ileus, compared to 17 in the non-gum group (3.43%)...

When analysing these figures, chewing gum can reduce your chances of getting painfully clogged up by as much as six times!

The researchers concluded that "Chewing gum after heart surgery may kickstart the digestive tract, helping patients feel better and potentially be discharged sooner..."

But, how does chewing gum get your bowels going?

It turns out, chewing gum stimulates the intestines by tricking them...

You see, when you chew, your digestive system expects food to come down the food pipes to be processed... And they start contracting and flexing - which is what makes you want to go to the loo.

There's even a term for this - it's called "sham feeding".

So, if you're going for surgery, before the scheduled date, pop in at the store and grab a box of chewing gum to trick your bowels into motion!

Tags: use this must-know surgery trick to make life easier for you post-surgery...

Use this must-know surgery trick to make life easier for you post-surgery...
Rating:
Note: 5 of 1 vote