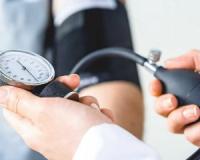 High blood pressure, otherwise known as hypertension, isn't uncommon. In fact, the Centers for Disease Control and Prevention predicts that the condition affects one in three Americans. But here's the thing: Many people who have high blood pressure don't even know it.

While the exact causes of high blood pressure are even puzzling to some doctors, one thing we do know is that several factors play a role, such as lack of exercise, being overweight or smoking.

However, that doesn't mean that you can't have high blood pressure if you exercise regularly, manage your weight and don't smoke. If you tick all these boxes but your blood pressure is still high, here's what could be contributing to your problem…

#1: Caffeine
Numerous studies have found that caffeine increases blood pressure, however, it affects some people more than others. Some researchers speculate that caffeine causes a release of adrenaline, which elevates blood pressure. Others believe it could block hormones that widen blood vessels, causing vessels to constrict and raising blood pressure. What’s more, a study published in the American Journal of Hypertension found in an occasional cup of coffee could counteract the effects of blood pressure-lowering medications.

***
Re-write your health for the rest of your life with two tablespoons  of Hemp Seed Oil a day
When you start adding Hemp Seed Oil to your daily diet, you start to see dramatic results.
Your joints no longer ache. Your blood sugar and blood pressure levels stabilise.
Your headaches disappear, even your immune system strengthens and your cancer
cells turn on themselves.
And this all in just two tablespoons of the oil a day.
Get your supply here… ***

#3: Sugar
Sugar may be worse for blood pressure than salt, a study published in Open Heart found. The researchers behind the study said consuming the sweet stuff increases insulin levels, which spurs the sympathetic nervous system and results in raised blood pressure. Another study, this one published in the International Journal of Obesity, found that eating a high-sugar diet for just two weeks can significantly increase blood pressure.

If you have unexplained high blood pressure, these little-known culprits may be behind it.