Treating depression with CBD oil - here's what you need to know 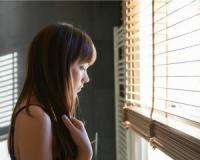 CBD oil, short for cannabidiol oil, has taken the health world by storm. As this wonder oil gets into the hands of more and more people, the reported benefits are blowing the minds of users and doctors alike.

According to CBD oil users and a number of studies, the oil seems to have beneficial effects for those who suffer from depression. Is CBD oil really a good treatment for depression? Let's take a look at the facts and what research says…

Humans have an endocannabinoid system with receptors that respond specifically for cannabinoids, found in CBD oil

You probably didn’t know this, but humans have an endocannabinoid system with receptors that respond specifically for cannabinoids found in the cannabis plant. The main receptor, the CB1 receptor, is located throughout your nervous system and in your brain.

Depression stems from your body’s nervous system and is typically associated with a chemical imbalance in the brain. While there are various factors that can trigger depression, one thing doctors agree on is that it has the ability to severely impact your nervous system.

When your endocannabinoid system is disregarded, or is out of whack, a number of bodily functions are impacted, from your sleep patterns to your eating habits to your energy levels.

While human studies involving CBD oil are slowly gaining traction, there’s a body of other research that suggests that CBD oil is a potential solution to depression. One study published in 2014 conducted with animal models showed the potential of CBD as an antidepressant and anxiolytic-like compound.

The animals went through a number of scenarios, including a maze, conflict tests and swim tests. When the researchers treated them with CBD, they appeared to have fewer instances of depression and anxiety. Another study, this one published in 2009, supports the discussion of the endocannabinoid system in regards to mood and mental health disorders.

Instead of antidepressants, perhaps we should turn towards CBD oil!
Tags: cbd oil

Treating depression with CBD oil - here's what you need to know
Rating:
Note: 5 of 1 vote