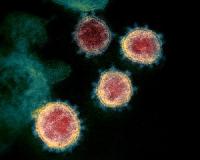 Studies show that influenza virus, SARS-coronavirus (SARS-CoV), poliovirus, respiratory syncytial virus and picornaviruses can be stopped at cellular level by increasing levels of this cheap mineral in your body.


The mineral you should take now to protect yourself against viral attacks...

The medical researchers from the Molecular Virology Laboratory at the  Centre of Infectious Diseases in the Netherlands found that ZINC prevents the viruses from being able to produce a protein enzyme that allows them to replicate.

If you can stop a virus from replicating itself, it eventually dies off.

Zinc is so effective, it inhibits RNA synthesising activity directly - so it doesn't have to cross plasma membranes.

There couldn't be an easier way to protect yourself against viral attacks - it's a pity authorities aren't telling everyone about this. Instead, they're focused on patenting a vaccine...

Why wait until you're struck down by a viral attack?

There's no reason why you can't take zinc as a preventive measure.

It encourages the production of interferon in the body, allowing the immune system to respond to a virus and eliminate an infection from the body more rapidly.

So strengthen your immune system with zinc - and if you do get sick, reach for a zinc supplement!