These three habits are making your depression worse! 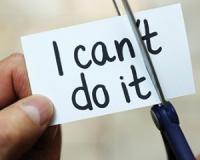 Depression affects approximately 350 million people around the world. If you're one of them, you may feel as if you have no control over your condition just because you didn't choose to get it. But it doesn't have to be this way…

#1: You eat a lot of fried and processed foods
Never mind ‘you are what you eat’ – we say ‘you feel what you eat’! A study published in the American Journal of Psychiatry found an association between a typical Western diet – rich in fried and processed foods, refined grains, sugar and alcohol – and a greater risk of depression and anxiety compared to a diet of fruit, vegetables, meat, fish and whole grains. So, if you eat a lot of sugary, starchy foods like white bread, white pasta and pastries, replace them with fresh, whole foods that you recognise from nature.

#2: You drink excessive amounts of alcohol
The link between regular heavy drinking and episodes of depression is well established. There’s actually a medical term for it: Substance-induced depression. However, it’s a bit of a chicken-egg scenario in a sense that you never know what spurred what – your depression drove you to drink or your drinking habits caused your depression. One thing we do know for sure though is that alcohol usually makes depression worse because it has depressant effects, so it’s a good idea to stick to moderate consumption (that’s one glass per day for women and two for men).

#3: Your sleep patterns are out of whack
A lack of shut-eye can take a serious toll on your mental health. In fact, sleep disturbance, such as insomnia or early awakening, is a common sign of depression. Furthermore, changes in your sleep patterns can signal or even trigger a depressive episode. If you’re having trouble sleeping, try keeping your bedtime and wake-ups consistent. Another tip: Shut off all screens (yes, that includes your mobile phone and tablet!) a few hours before bedtime to limit blue light, which can disrupt your melatonin cycles.

Make sure you avoid these three traps that can make your depression worse!
Tags: depression

These three habits are making your depression worse!
Rating:
Note: 5 of 1 vote