The SURPRISING reason behind glaucoma... 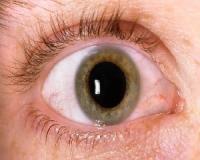 It's one of the most devastating conditions that robs millions of their precious eyesight.

Find out below how in many cases glaucoma is actually a symptom and not an isolated condition - and how treating that underlying health problem, you could save your eyesight...


A hidden cause of glaucoma...

Glaucoma occurs when the pressure inside the eyeball rises. If it rises high enough, it can cause blindness.

In the 1930s, Dr Emanuel Josephson, an ophthalmologist in New York City, discovered that in many cases of individuals' glaucoma improved after treatment with a substance called cortin.

Cortin was at that time the name for natural injectable extracts from animal adrenal cortex – the part of the adrenal glands which make cortisol, cortisone, DHEA, aldosterone and other natural steroids.

Some of the improvements Dr Josephson related were quite dramatic, with the patients’ eye pressure dropping over 20 points to within
the normal range.

Revealed: Boost your BRAIN POWER in as little as 1 week!

He explained that the reason for these impressive results is that many cases of glaucoma don’t actually originate in the eye, but instead manifest in the eye as a symptom of weak adrenal glands.

How can glaucoma be linked to adrenal fatigue?

Injections of Cortin (which was literally hormone replacement therapy
for weak adrenal glands) would allow the eyes – which depend on normal adrenal function – to normalise themselves in many cases.

By the late 1940s and early 1950s, patent medicine companies discovered ways to make synthetic versions of cortisone and cortisol, and the natural version Dr Josephson used was banned.

However, if you glaucoma, you can still improve the pressure in your eyes by helping your adrenal glands function better.

The very best place to start is with your diet - eliminate all refined sugar and refined carbs.

There are also supplement formulas that can help boost adrenal function, including Adrenal Revive Plus.

Tags: the surprising reason behind glaucoma...

The SURPRISING reason behind glaucoma...
Rating:
Note: 5 of 1 vote