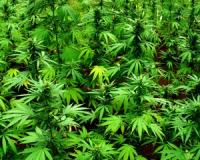 A new study by the University of Bonn in Germany and The Hebrew University of Jerusalem in Israel have found that the active ingredient in cannabis, delta9-tetrahydrocannabinol (THC), can slow down or even reverse the brain's ageing process.

In their study, they achieve successful restoration of memory performance in mice using cannabis. Here's the full story.

To reach their findings, the researchers behind the study looked at mice aged two, 12 and 18 weeks. They split the mice into two group: One group they gave a small amount of THC and the other received no THC. They did this for four weeks.

At the end of the four weeks, they tested the learning capacity and memory performance in all the mice, including orientation skills and the recognition of other mice.

The researchers found that the mice in the THC group’s cogitive functions were just as good as the two-month-old control animals. But that’s not all...

“The treatment completely reversed the loss of performance in the old animals,” Andreas Zimmer, professor from the Institute of Molecular Psychiatry at the University of Bonn reported.

The researchers concluded that the mices’ brains aged much faster when they didn’t possess any functional receptors for THC. They added that the cannabinoid 1 (CB1) receptors are protein to which the substances dock and trigger a small chain. THC replicates the effects of cannabinoids that the body naturally produces, which play an important role in brain function.

The researchers said that their next step is to determine whether or not the THC in cannabis reverses the brain’s ageing process in human brains while boosting cognitive ability.

“The promotion of knowledge-led research is indispensable, as it’s the breeding ground for all matters relating to application,” Svenja Schulze, the North Rhine-Westphalia science minister, said of the study. “Although there’s a long path from mice to humans, I feel extremely positive about the prospect that THC could be used to treat dementia, for instance,” he concluded.
Tags: brain health, cannabis, thc, thc health benefits, brain's ageing process, cognitive decline, dementia, thc brain benefits

The active ingredient in cannabis can slow down or even reverse the brain's ageing process
Rating:
Note: 5 of 1 vote