The 4 Core Powers you need to OWN! 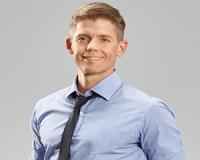 Last week, we looked at the first BIG step that you need to take to thrive: Taking responsibility, basically rebooting your mental operating system.

Just to recap: Those who thrive, who live healthy, meaningful and optimal lives have taken responsibility.

They own their responsibility. They also own who, where and what they are. They own their outcomes and achieve a healthy life. They hold themselves responsible.

In your journey to thriving - there are four core powers you need to own - find out what they are below...


But first, you have to decide to take responsibility...

It’s a new way of thinking and behaving which requires creating new connections in your brain and re-enforcing those patterns.

And, you do have the ability to tap into this power...

Neuroplasticity (the process during which the brain undergoes constant rearranging and remodeling in response to experience) is something you can utilise for personal growth, health, joy and satisfaction.

You can intentionally choose to manage your words, states, emotions, actions, responses and therefore your outcomes.

When you choose to take action – it’s not about acquiring or buying something, but rather, it’s something you have to become aware of.

As a human being you have four core powers that you need to take ownership of if you want to be in the driver’s seat of your life.

If you want to determine the outcomes of your health, happiness and success. You already have these four core powers; you just need to use them.

Find out below what the 4 powers are…

Not only does Ultimate JointFlex Plus speed nutrients that soothe inflammation to your hurting bones and joints, it harnesses the repair power of 11 extraordinary joint-health ingredients in one turbo charged formula!

You get a full army of inflammation fighters, cartilage re-builders, and bone protectors that:

•    Reduce pain
•    Rebuild healthy, new joints from the inside out
•    And, boost flexibility, mobility and endurance

And here’s another bonus…

Since Ultimate JointFlex’s multi-nutrient formula addresses joint health from all different angles, it can achieve remarkable results even in situations where other medications have fallen short!

The four core powers I refer to are:

It sounds rather basic, even simple right?

But to what extent have you fully accepted and owned these powers as your own? And taken responsibility for them?

Have you ever given thought to these powers, and acknowledged that they exist?

To what extent have you recognised that these basic powers give you the ability to order and organise your responses to the world? Your responses to eating and exercise?

Which of these powers have you given away to others?

These basic powers support almost everything you do. It just makes sense that if you have not taken control of them, you won’t be able to thrive. These powers give you the ability to make deliberate choices and take daily actions that lead to a healthy life.

Others can at best invite, provoke or evoke you to feel or think a certain way, but nobody can make you do that.

Then you have the public powers of Speaking and Acting (behaving)...

They are public because people can notice or observe them. You express your thoughts and feelings by talking and acting (your behaviour). These public powers describe how you express yourself. They put into your hands the power of affecting the outside world.

On that note, who is holding your remote? Have you ever heard someone say:

”He just knows which button to push to upset me”

We often hear people use words like that. In order for someone to push your buttons, you had to give them your remote at some time.

Maybe it’s time that you took back the power and your remote?

True personal empowerment is when you have the ability to take effective action and make things happen.

These relationships also exist with food and exercise for example.

Would you like to develop these four powers so that you can take charge of your life?

If you answered yes to this question, then you have to first of all, recognise, accept and own all of your powers: thinking, feeling, speaking and acting.

This frame of mind serves as foundation for the actual “cure or remedy” for all lifestyle related health problems...

So in summary, nobody can make you angry. Your anger is your own. Your sadness, loneliness, discouragement and every other negative emotion that might trigger you to sooth and comfort yourself by eating, is also yours.

Others might “push your buttons” but that is only because you gave the remote away. By being crystal clear about owning your powers, you don’t have to be a victim anymore.

There will always be triggers in your environment, it may be what someone says or does, or other unfavourable conditions that evoke you to respond in a negative way, but the choice is always yours. You can always choose how to respond. If you own your powers, you no longer have to be re-active but you can be pro-active.

You don’t have to be a victim to your circumstances.

As long as you frame your thinking to believe that others control your responses, that frame will govern your life.

Tags: the 4 core powers you need to own!