Should you consider an alternative treatment for depression? 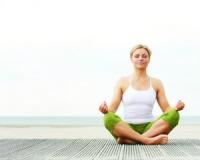 When deciding on a treatment for depression, many people don't think further than antidepressants.

But here's the thing: Antidepressants can cause light to severe side effects, including nausea, increased appetite and weight gain, loss of sexual desire and other sexual problems, fatigue and drowsiness, insomnia, blurred vision and constipation.

However, there are many alternative treatments for depression, such as relaxation techniques, self-help groups, hypnosis, massage, exercise and yoga, which are free and have no side effects. Keep reading if you're looking for reasons to turn to these alternative therapies…

An estimated 33% of Americans use alternative medicinal treatments each year

A 2001 survey published in the American Journal of Psychiatry revealed that an estimated more than one-third of Americans opt for complementary and alternative medicinal therapies each year. The survey included 2,055 adults with severe depression and found that 53.6%of them used alternative therapies for treatment.


An alternative treatment for depression, such as St John’s wort, is riskier than other alternative therapies

It’s important to note that some alternative therapies are riskier and more invasive than others – for example, the herbal remedy St John’s wort has been shown to be very effective in the treatment of mild to moderate depression, but can have harmful interactions with medications.

Furthermore, alternative therapies take longer than traditional treatments to work. “There’s no magic bullet for depression,” says James S Gordon, founder of the Center for Mind-Body Medicine in the United States and author of Unstuck: Your Guide to the Seven-Stage Journey Out of Depression.

“It’s not just about a single supplement or single intervention, otherwise it’s the same mentality as the drug mentality. Depression is a wake-up call, a sign that your life is out of balance,” adds Gordon.

Should you consider an alternative treatment for depression?
Rating:
Note: 5 of 1 vote