Short sleep boosts your risk of anxiety and depression, according to research 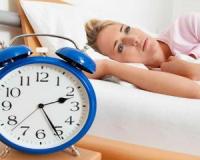 Your doctor recommends that you get at least eight hours of sleep a night, but is it really that important to get that much shuteye every night? New research from Binghamton University, State University of New York in the United States says yes.

In their study, researchers found a link between sleeping less than the recommended eight hours a night and intrusive, repetitive thoughts like those seen in anxiety and depression. Read on for the full findings.

To reach their findings, Binghamton University Professor of Psychology Meredith Coles and former graduate student Jacob Nota assessed the timing and duration of sleep in people with high levels of repetitive negative thoughts. Example of such thoughts include worry and rumination.

They exposed the participants to different pictures intended to trigger an emotional response and used their eye movements to track their attention. The researchers found an association between regular sleep disruptions and difficulty in taking one’s attention off negative information. They said this may mean that short sleep is part of what makes intrusive thought harbour and interfere with people’s lives.

“We found that people in this study have some tendencies to have thoughts get stuck in their heads, and their elevated negative thinking makes it difficult for them to disengage with the negative stimuli that we exposed them to,” said Coles. “While other people may be able to receive negative information and move on, the participants had trouble ignoring it.”

According to Coles, these negative thoughts are believed to make people vulnerable to psychological disorders such as anxiety and depression. “We realised over time that this might be important – this repetitive negative thinking is relevant to several different disorders like anxiety, depression and many other things,” she said.

Coles concluded: “This is novel in that we're exploring the overlap between sleep disruptions and the way they affect these basic processes that help in ignoring those obsessive negative thoughts.”

Short sleep boosts your risk of anxiety and depression, according to research
Rating:
Note: 5 of 1 vote