Probiotics, fish oil and other remedies that ease eczema symptoms 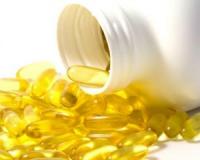 Approximately 32 million people around the world suffer from eczema, an itchy inflammation of the skin. If this includes you, we're sure you'd do just about anything to get rid of the scaly, red patches!

While topical steroids are a great treatment for the skin condition, they can sometimes cause undesirable side effects.

The good news is that there are a handful of natural remedies for eczema that are affordable, readily available and just as effective that cause no side effects at all. Read on for four of them.

#1: Probiotics
Probiotics aren’t only excellent for your gut health – they can benefit your skin, too. Studies have shown that pregnant or breastfeeding women can help prevent eczema in infants by taking probiotics. While it isn’t clear whether or not probiotics can treat existing eczema in adults, some people have reported that probiotics are useful in reducing the severity of flare-ups.

#2: Fish oil
Fish oil is chockfull of omega-3 fatty acids, which are renowned for their anti-inflammatory properties. A study published in the British Journal of Dermatology revealed that patients with eczema who took 5.7 mg of fish oil supplements every day for eight weeks had significant clinical improvement in their symptoms compared to those who took placebos. As a bonus, fish oil boosts both your brain and heart health.

#3: Aloe vera gel
Aloe vera gel is incredibly soothing, making it a top remedy for cooling the ‘fire’ of eczema. You can apply it from the leaf of an aloe plant or as a gel or juice bought from a supermarket or health store. It might not clear up the eczema completely, but it will provide tender skin wit temporary relief of the itching and pain.

#4: Coconut oil
More than 90% of people with eczema have colonised staph bacteria on their skin or nose. In a study published in the journal Dermatitis, eczema patients with staph bacteria on their skin used either virgin coconut oil or olive oil at two non-infected sites for four weeks. At the end of the trial, only 5% of those who used coconut oil were still positive for staph compared to 50% of those who used olive oil.

The remedies listed above, from probiotics to fish oil, are available online and at most health stores.
Tags: fish oil