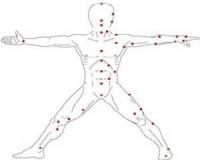 Vitamin D - it's important for so many functions in your body, yet there are so many people who are deficient in this vitamin.

Scientists estimate this figure is as high as a billion people worldwide.

But remember, there are different levels of deficiency - and even if you're not deficient in this vitamin to the point where it's obvious, you could still be on the normal-low side of it - which means your body can't function at its best.

Find out below why this vitamin is so important - and also why it's possible that your levels ARE lower than they should be...


Why are so many people deficient in vitamin D...

A lot of people lather on sunscreen before they leave their home. The media has got us all worried about skin cancer so we cover up, stay indoors and block our skin from absorbing UV rays which it needs to make vitamin D.

If you're vegan, or lactose intolerant and also don't eat cereal, you won't be consuming many foods containing vitamin D.

Some medications, such as antibiotics, anti-seizure drugs, corticosteroids and St. John's wort can also reduce levels of vitamin D in the body.

Older people make less vitamin D because their kidneys don't work as well as they used to.

But why do we need to worry so much about getting enough vitamin D?

The vitamin you can't live without ...

Studies have shown that vitamin D deficiency increases your risk of mental decline by up to 394%.

People who deficient in vitamin D often suffer from depression. It's also been linked to autism and schizophrenia.

Diabetics have lower levels of vitamin D in their blood and are able to control their blood sugar less effectively.

Vitamin D is also crucial for your immune system - so people low in this sunshine vitamin are often sick.

The message is clear, make sure you're getting enough vitamin D by exposing your skin to the sun for 20 minutes per day and eating foods rich in this vitamin, such as egg yolks, liver, salmon, tuna and other fatty fish, mushrooms, cheese, milk and fortified cereal.

You can have your vitamin D levels tested and if they're low, take a vitamin D supplement AND a magnesium supplement.