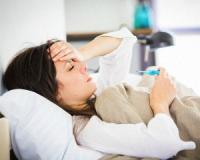 While some zinc lozenges have an unpleasant taste, they offer serious common cold-fighting benefits, according to a meta-analysis of three randomised controlled trials.

Harri Hemilä from the University of Helsinki in Finland and his team of researchers split participants into two groups. One group received 80 to 92 mg of zinc per day, while the other received a placebo. After five days, they discovered that 70% of those in the zinc group had recovered, compared to 27% of those in the placebo group.

They wrote that the effect of zinc acetate lozenges wasn’t modified by age, sex, race, smoking, allergy or baseline common cold severity.  Therefore, the three-fold increase in the recovery rate may be widely applicable.

*** Medical Maverick reveals the real problem with your daily multivitamin...   For the last several years, there’s been overwhelming evidence showing multivitamins don’t do much for your health.   Why?   Well as Dr Douglass explained, it’s not because multivitamins don’t work. It’s because most manufacturers make one (and in many cases both) of these vital mistakes.    They either:   1. Choose inferior ingredients to keep manufacturing costs down and profits up. This means no matter how MUCH of the ingredient they put in their multi, the quality is so poor you may as well eat sawdust.  2. Don’t put enough of each ingredient into their formulation. So even if they do use high-quality ingredients, the amount you get is so low, you may as well not have bothered.     And that means, unless you take a high quality multivitamin, taking one will do almost nothing for you!   That’s where FSP Nutritionals Nutri-Daily Support is different! Get the real deal, here's proof...  ***

Researchers noted that the dosage of zinc that the participants received is substantially higher than the recommended daily zinc intake, which is 11 mg per day for men and 8 mg per day for women.

That said, in certain other controlled studies unrelated to the common cold, researchers have administered zinc in doses of 100 mg to 150 mg per day to patients for months with few side effects. Furthermore, for Wilson’s disease, 150 mg of zinc per day is standard treatment.

Therefore, researchers say it’s very unlikely that 80 mg to 92 mg of zinc per day for two weeks starting just after the onset of early common cold symptoms will lead to adverse effects in the long run. In their meta-analysis, they observed no serious side effects of taking high doses of zinc.

Although this meta-analysis suggests that properly formulated zinc acetate lozenges can speed up the rate of recovery from the common cold by three-fold, researchers warn that many zinc lozenges on the market are either low in zinc or contain substances that bind zinc ions, such as citric acid.

For this reason, they say their findings shouldn’t be directly extrapolated to the wide variety of zinc lozenges that you’ll find at your local pharmacy.

Meta-analysis finds that zinc acetate lozenges can boost the rate of recovery from the common cold three-fold
Rating:
Note: 3.75 of 2 votes