Is this one ingredient draining your immune cells of their energy? 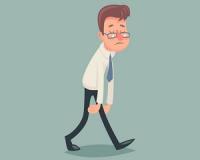 Sometimes, it's difficult to understand why we're constantly tired and why we get sick so often.

Recently, researchers found that a common ingredient in most kitchens could be the culprit.


The ingredient that's in almost everything we eat...

Researchers measured the activity of the monocytes in immune cells after participants ate a pizza.

They found that SALT disrupts the respiratory chain of cells - causing them to produce less ATP and consume less oxygen.

And while they found that immune cells don't function properly when there's a surge in salt levels in the blood, the researchers noted that it could have the same effect on other cells... which would explain why you could feel tired all the time...

The good news is that when they tested the blood after three and eight hours of eating the pizza. The effects were barely noticeable at eight hours - which means that the cells aren't affected permanently.

But if you have too much salt in your food every time you eat a meal or snack, you can imagine why you'd feel constantly tired and your immune responses are lower.

So while you have much control over how much salt you add to your food, if you eat processed or packaged foods, chances are, you're having too much salt.

These are some of the surprising food items that contain salt:

When you add the salt content in everything you eat, it's a lot.

On average people eat around 3.4g of salt per day while the recommended intake is 2.3g per day (about one teaspoon full of salt).

Cut out as many processed and packaged foods as possible and you'll automatically reduce your salt intake.

You'll feel more energised and your immune system will be stronger.

Tags: is this one ingredient draining your immune cells of their energy?

Is this one ingredient draining your immune cells of their energy?
Rating:
Note: 5 of 1 vote