Is it your adrenals or your thyroid? 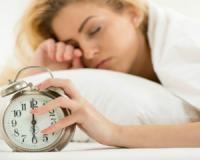 Many people confuse adrenal fatigue with hypothyroidism, or an underactive thyroid, because the symptoms of both conditions are so similar.

Sometimes, even doctors confuse adrenal fatigue with hypothyroidism - or vice versa - and misdiagnose a patient's journey to understand the root cause of their symptoms.

So, is it your adrenals or your thyroid? Let's take a closer look at the key differences between adrenal fatigue and hypothyroidism.

Like your thyroid, your adrenal glands are part of your endocrine system. Located just above your kidneys, these glands are responsible for the ‘fight or flight’ response that can be life-saving. Your adrenals also secrete hormones like adrenaline and cortisol that can help you survive stressful situations.

When your adrenals are put under constant stress, they become part of a negative feedback loop with your brain. As a result, they start producing excess cortisol, which can lead to a whole-body inflammatory and autoimmune response, explains Holtorf Medical Group.


*** Drive out a lifetime of toxins and you could soon be saying, "I'm Brand New!" If you’ve ever suffered terrible headaches... Or uncontrollable joint pain... If you’ve ever felt listless and sapped of energy... Or immobilised by colon cramps... I’ll bet you’ve wondered hundreds of times... WHY ME??? But it’s not just you. It’s an epidemic. Millions of people are going to their doctors, complaining of these symptoms, only to hear them say “live with it”… But that’s exactly the problem. We’re living with dozens of 21st century poisons. Recent studies have now proven: Is there any end to all this bad news? Now, at last, there is. Because now, one of alternative medicine’s true pioneers is proving that you could save yourself a lifetime of suffering caused by these poisons.  Find out more here...
***

The most common symptoms of adrenal fatigue are feeling stress out, extreme tiredness, craving sweets and salty food, low sex drive and difficulty sleeping, according to Dr Eric Osansky at Natural Endocrine Solutions.

While adrenal fatigue can be the underlying cause of hypothyroidism, traditional doctors aren’t trained to investigate adrenal fatigue. Instead, they’re more likely to do thyroid tests and prescribe hormone medications that won’t help heal your adrenals. In fact, Dr Frederick Singer says that adrenal fatigue isn’t an ‘accepted’ diagnosis in the conventional medical field.

Because there isn’t a test for adrenal fatigue, Dr Singer advises that if you’re being treated for hypothyroidism with medications and your symptoms – especially extreme fatigue – aren’t improving, you consider a possible adrenal gland involvement at an integrative or alternative practitioner who specialises in endocrinology.

Dr David Borenstein has when he’s suspected that a thyroid patient may have underlying adrenal fatigue exacerbating the problem, he’s suggested lifestyle changes as a start to healing their adrenals. Examples are dietary changesm such as eliminating caffeine, gluten and high-fructose corn syrup as well as relaxation techniques, such as deep breathing and meditation.

Is it your adrenals or your thyroid?
Rating:
Note: 5 of 1 vote