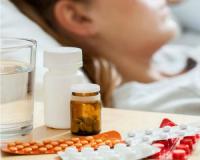 Sleeping pills may be a quick-fix for improving your quality of sleep, but they're also one of the most dangerous drugs out there. In fact, one recent study tied the popular sleeping pill Ambien to a fivefold increase in death!

Still, insomnia is a very real issue that affects millions of people around the world. If you're one of them, you'll be thrilled to know that a there's a new, all-natural supplement on the market that will solve all your sleep problems - it's ETAS, an extract from asparagus stems that have been treated with enzymes. Read on for more…

How sleep works: The three stages

The first stage of sleep, NREM1 or N1), is the stage between wakefulness and sleep. It’s sometimes referred to as drowsy sleep or somnolence. In this stage, your muscles are still quite active and your eyes roll around slowly with your mouth opening and closing from time to time. Your breathing gradually becomes more regular and your heart rate begins to slow down. Sudden twitches or sudden short micro-awakenings accompanied by a falling sensation are common in this stage of sleep.

The second stage, NREM2 or N2, is the first unequivocal stage of sleep, during which your conscious awareness of what’s happening around you fades completely. Brain waves during this stage of sleep are mainly in the theta wave range, like in the first stage of sleep.

In addition, the second stage of sleep is characterised by short bursts of brain activity in the region 12-14 Hz, voltage lasting maybe half a second each as well as short negative high voltage peaks followed by a slower positive complex and then a final negative peak, with each complex lasting a minute or two. Together, these two phenomena suppress your response to the outside world and serve to protect sleep as well as aid in sleep-based information processing and memory consolidation.

The third stage of sleep, NREM3 or N3, is also known as deep or delta or slow-wave sleep. During this stage, you’re even less responsive to the outside environment, unaware of any sounds or other stimuli. This stage of sleep occurs in longer periods during the first half of the night, particularly during the first two stages. It’s characterised by delta brain waves with a frequency on 0.5-4 Hz.

“Take 2 for the deepest relaxation.”
As I took my seat on the plane, nervous about the 14-hour flight to Tokyo ahead of me… I opened the bottle, took two and tried to relax.
I hardly had to try. My worries washed away, I sunk into a deep sleep, only waking a few times and then easily falling back into my slumber. And when I arrived I felt refreshed, peaceful, and focused.
What IS this!? This mysterious breakthrough is unlike anything I’ve seen in over 20 years of natural research.
Available for the first time in South Africa — it promises the best night’s sleep of your life — and the wild thing is… that’s only the beginning of what it can do!
"I had to travel to Japan to discover it, but you can find out every last detail about this PERFECT SLEEP solution by clicking here."
***************
ETAS unleashes relaxing, sleep-promoting benefits…ETAS works by tapping into heat molecules called heat shock proteins (HSPs), which are the same molecules that make you feel relaxed and soothed after spending time in the sauna or soaking in the bath.

Both human and lab studies have shown that ETAS don’t just enhance HSP release, but also help promote deep sleep in other ways. First, it reduces levels of chromogranin A and cortisol – two key stress hormones. Second, it improves your autonomic nervous system’s response to stress. Because stress can mess with your sleep, both of these effects promote care-free, restorative sleep.

In a nutshell, ETAS improves feelings of heaviness and fatigues, enhances sleep quality, sharpens brain function and even boosts your immune system. And, perhaps the best part? It does all of this safely in stark contrast to sleeping pills. Amazing!
Tags: etas