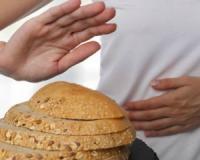 Autoimmune disease isn't something you should take lightly. The condition, which entails your body's very own immune system attacking and destroying all of your healthy tissue “by mistake”, is a leading cause of death and disability.

With over a whopping 23.5 million people in the United States alone suffering from autoimmune disorder, it's safe to say that the condition is far more common than many may think. And did you know that there are over 80 different types of autoimmune disease? It's true!

While some of the most noted causes of autoimmune disease include health problems such as rheumatoid arthritis, inflammatory bowel disease, multiple sclerosis, type 1 diabetes mellitus and even psoriasis, there are a number of other lesser-known causes that you should be aware of, as well.

Below are five surprising underlying causes of autoimmune disease that you need to know about.

#1: Toxins
Toxin molds (also known as mycotoxins) include heavy metals (such as mercury) are two very common toxins that doctors see with autoimmune diseases. Toxic molds are versatile compounds that can cause serious damage to your immune system, while heavy metals is toxic for your body as a whole. And, the scary thing is that we’re all exposed to heavy metals on a regular basis by doing things like eating fish and getting mercury amalgam tooth fillings.

*** You could manage any pain you have... With all the pain control technology available - there's no reason for you to needlessly suffer ever again! Most people have been conditioned to live with pain. But you don't have to. Pain could be easily managed. Often from home, and in as little as 20-minutes.  Discover simple and effective solutions you could use to relieve pain - fast here... ***
#2: Infections
For many years now, scientists have suspected that infections caused by bacteria, viruses and other toxins may be to blame for the development of autoimmune conditions. To date, they’ve found no single culprit, however, they’ve found strong associations between a number of different bacteria and viruses and autoimmune disease.
#3: Gluten intolerance
Gluten is linked to more than 55 diseases and is seriously damaging to your gut. The symptoms that it causes aren’t always digestive in nature, but rather neurological such as sleep problems, cognitive impairment, fatigue, depression and even pain – a vague collection of symptoms that are present in most autoimmune conditions.
#4: Leaky gut
Your gut is permeable to tiny molecules in order to absorb nutrients. Things like infections, medications and stress damage your gut, allowing undigested food particles, microbes and toxins directly into your bloodstream. Leaky gut is a gateway for these infections, toxins and foods to begin to cause severe inflammation in your body, which can ultimately lead to autoimmune disease.
#5: Stress
If you don’t take managing the stress in your life seriously, you should! Stress disrupts your immune system through a number of different pathways. It’s your body’s reflex response to any sort of threat; from an infection to an injury. Ongoing chronic stress can easily lead to inflammation that never really shuts off, initiating an autoimmune disease.