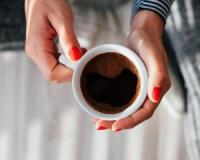 Approximately 14% of the general population are diagnosed with chronic kidney disease, longstanding disease of the kidneys, leading to renal failure.

Treatment for chronic kidney disease depends on severity. In early stages, medication will suffice, while later stages of the disease may require filtering of the blood with a machine or a transplant.

Surprisingly, caffeine may also help people with chronic kidney disease live longer. That's the suggestion of a new study resented at the American Society of Nephrology annual meeting held in New Orleans in the United States. Keep reading for more.

The study found that among more than 2,300 Americans with chronic kidney disease, those who drank the most caffeinated drinks, such as coffee, tea and energy drinks, reduced their risk of premature death by 24%.

“Our study showed a dose-dependent protective effect of caffeine consumption on all-cause mortality among patients with chronic kidney disease,” said lead researcher Dr Miguel Bigotta Vieira from the Centro Hospitalar Lisboa Norte, in Lisbon, Portugal. “However, our observational study cannot prove that caffeine reduces the risk of death, but only suggests the possibility of such a protective effect.”

----Advertisement---- Imagine you could fill all your prescriptions at your local restaurant…   Imagine getting a prescription from your doctor and instead of heading to your local pharmacy, you drop by a special restaurant and get it filled by the chef who prepares a delicious meal made especially for you!   This mouth-watering meal is made of specially selected ingredients designed to have a potent, healing effect to wipe out the exact medical condition the doctor is treating you for.   The results aren't as immediate as with drugs, but they are incredibly powerful, and very long-lasting.Find out more here... ---------------------------


However, the study prove a cause-and-effect relationship between caffeine consumption and reduced premature death risk

Furthermore, the reasons that caffeine might help chronic kidney disease patients live longer aren’t clear, and how much caffeine is too little and how much might be too much isn’t know, Dr Bigotte Vieira.

Coffee can help you live longer if you have chronic kidney disease
Rating:
Note: 5 of 1 vote